NEW YORK – In the second quarter of 2014, merger and acquisition (M&A) activity in the industrial manufacturing sector hit record levels, accounting for the highest quarterly deal volume since the fourth quarter of 2007 and the highest value in more than 10 years, according to PwC US. Driven primarily by an uptick in mega deals (transactions worth more than $1 billion), the first half of 2014 has already surpassed the total deal value for all of 2013 and PwC expects healthy levels of activity to continue through the remainder of the year.

The value of industrial manufacturing deals (worth $50 million or more) in the second quarter of 2014 surged fourfold to $60.5 billion compared to $15.3 billion in the first quarter and just $9.9 billion in second quarter of 2013. In terms of overall volume, the number of announced transactions jumped to 62 deals from 36 in the first quarter (72 percent increase). On a year-over-year basis, the first half of 2014 is off to a tremendous start, recording 98 deals totaling $75.8 billion compared to 69 transactions worth $21.2 billion during the same period last year.

“Following a solid first quarter start, the level of industrial manufacturing deal activity really took off in the second quarter, for one of the highest ever quarterly totals,” said Bobby Bono, U.S. industrial manufacturing leader for PwC. “After years of slow economic growth, there is a  growing appetite for consolidation among industrial manufacturers as they take a  proactive approach to improve their portfolios, rather than passively awaiting a more robust global recovery.”

The drastic increase in deal value can largely be attributed to the 11 mega deals in the second quarter of this year for a total of $51.4 billion. While a number of these deals were eventually withdrawn as they were competing bids, the total value of mega deals excluding withdrawn offers remains impressive at $33 billion.

According to PwC’s recent Manufacturing Barometer, the intense competitive environment combined with strong balance sheets at many companies is leading to an increased interest in M&A among industrial manufacturers, specifically purchasing another business or the sale of part/all of their own business or a spin-off. As companies continued to focus on improving their core operations in the second quarter, divestitures of non-strategic assets represented 23 percent of all transactions.

“Going forward, industrial manufacturers will continue to carve out non-core businesses and pursue assets within markets where they already have leadership positions and an existing competitive advantage. The challenge for manufacturing companies will be aligning portfolios toward faster-growing markets, such as oil and gas, and pursuing high-quality assets, without overpaying. If they can navigate these challenges successfully, we expect the remainder of the year to close on a healthy note,” Bono continued.

According to PwC, strategic buyers remained active during the second quarter, representing 65 percent of all transactions, but financial investors also increased their activity, participating in a number of mega deals. Private equity investors have made platform investments in industries with stable growth profiles and room for operation improvement. Within the industrial manufacturing sector, target industries have included packaging materials, which are considered to have low downside risk, and flow control, where high quality engineering and product differentiation can offer premium pricing even in an often commoditized segment.

Regionally, activity by Asia and Oceania acquirers has remained strong, accounting for 45 percent of all deals worth $50 million or more in the second quarter. Within the region, China was the most active target for M&A and horizontal consolidation in Chinese markets was evident as acquirers focused on controlling costs and eliminating overcapacity. Eurozone activity accelerated during the quarter as companies divested non-core businesses in order to free up capital and improve operating performance. In the U.S., companies with oil and gas exposure remained the most attractive with as much as 30 percent of targets involving at least some energy component.

“As we saw with some of the largest deals of the quarter, industrial manufacturers are focused on power and infrastructure deals to gain access to emerging nations. These deals highlight the interest in high quality assets, particularly those that can capitalize on several ‘megatrends’ such as accelerating urbanization and shifts in economic power and demographics,” Bono said. 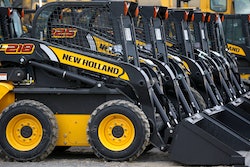