Distributors will typically do anything they can to keep a customer, but everyone has their breaking point. 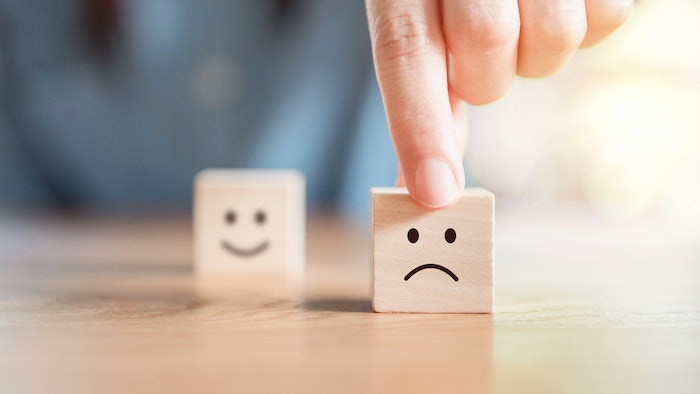 I was sitting in my office of my magazine publishing company one hot summer afternoon years ago when I got a telephone call from one of our salespeople, a top performer.

“I have a prospect on the phone who has been really rude and demeaning,” she said clearly exasperated. “ He doesn’t want me to handle his account  and wants to talk to someone in ‘authority.’”

She transferred the call to me and right away I knew what she meant. The tone of the caller, a vice president of a cutting tool company,  was argumentative and condescending.

I explained to him that the salesperson he had spoken with was outstanding and would do a great job of handling his account. He didn’t want to hear it. In fact there was more than a hint of sexism in his comments.

During our conversation, it was obvious he wasn’t clear as to what his advertising objectives were but that he simply wanted a cheap price. I spent some time on the phone with him, finally saying I would put together an advertising proposal for his company. He told me he expected it to be on his desk by noon the next day.

“No problem,” I responded.

An hour after I sent him a proposal, the prospect was on the phone – this time along with the president of the company. The president told me the price was too high and “ordered” me to cut it by 30 percent. He gave me an hour to accept.

I thought for a second and shot back: ”I don’t need an hour. We’re rejecting your offer and, in fact, we’d rather not do business with you.”

He was shocked. “You don’t want me for a customer?”

“Right,” I responded and before hanging up I gave him the telephone number and contact name of one of our competitors. It later turned out that he became a customer of a competitor but I learned he never paid his bill.

When I gave a presentation to a group of distributors and told this story, their comments were mixed. Most agreed with the stand I took but others said they would never fire a customer and I should have worked harder to get the account.

For me, I had no doubt it was the correct decision. But it does raise a bigger question. Is there a “right” time to fire a customer? And have you done it?

One of my business friends, Dick Hall, the former owner of a successful hose distributorship, once fired a customer and didn’t regret it one bit. Hall, a former president of NAHAD and well-respected business owner, related to me in an interview years ago he once told a salesperson that he was firing one of his customers because it just wasn’t worth the time and effort.

Hall had noticed the customer was always complaining, was taking up an enormous amount of company time, and never seemed to be pleased. The salesperson seemed to be always putting out fires with the account. “Here’s what I want you to do,” Hall told the salesperson. “I don’t want you to call on that account ever again.”

This decision by Hall wasn’t made haphazardly. He had determined this account was taking a disproportionate amount of time by his salesperson and inside staff compared to the profit they generated. But even more important to Hall was the toll the client was taking on his staff. Life was too short, Hall determined, for his company to deal with this customer.

The salesperson at first objected but Hall was insistent. The end result: The salesperson made up for the loss by focusing on new customers and selling more to existing ones. Ironically, the former customer tried to come back after he received a letter from Hall but was rebuffed.

Firing a customer is never an easy decision, especially if you took every possible step to satisfy his or her needs. But if a customer is too demanding, abusive or is not producing a profit, then maybe it is time to re-evauluate your business relationship.

Jack Keough is the president of Keough Business Communications. He was editor of Industrial Distribution for 26 years. He can be reached at john.keough@comcast.com.