Fastenal, No. 12 on Industrial Distribution’s 2015 Big 50 List, is becoming even better at one of its core competencies — its vending machine business that accounts for nearly 45 percent of revenues — CEO Dan Florness told analysts in a call following release of its Q2 earnings.

"I believe we have a much better business vending business today than we did six months ago," Florness said, according to a transcript of the call as provided by Seeking Alpha. "We continue to see great traction in our signings and every day we are doing a better job and getting more new signings. We are becoming a much better vending company."

During the first two quarters of this year, Fastenal signed 9,516 devices, more in the second quarter compared to the first quarter. Fastenal also added about 230 employees to support vending and drive new signings.

Fastenal has undertaken a plan with these new employees to optimize its existing devices.

That optimization plan also meant that the company removed 7,200 machines in the first six months of this year as it went through its optimization process.

"Unfortunately some of the machines we removed were examples where we had the machine in an environment where either the business had changed or the business never truly justified the vending machine and we went from one to zero or two to zero," Florness added.

The growth of vending has been phenomenal for Fastenal. Five years ago there were only 7,000 vending machines in place.

Fastenal’s Q2 was also highlighted by its Onsite signings. Onsites involve Fastenal setting up a store inside a company’s facility and can lead to a closer relationship with those customers. In the first six months of this year Fastenal signed 92 Onsite customers, 48 in the first quarter, 44 in the second quarter. The company’s goal is to have 200 signed this year.

"So far, I believe in the first two quarters of the year we've made a tremendous transition in our ability to sign Onsites," Florness said.

About 75 percent of the Onsite agreements have been with national account customers.

"We think it's an excellent program for us long term," Florness said.

"As of today we have approximately 30 outdoor store lockers in place. We expect to have about 50 by September," he explained. "And while it's not very meaningful from a revenue perspective when I look at 2016 or 2017, it’s one more step we're taking to be a much better supplier to our customers." 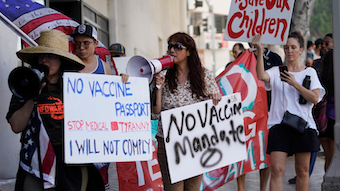