America's Infrastructure Problems, Part 2: Why We Should Invest

This is a follow up to the article "Just How Bad Are America's Infrastructure Problems?" which can be read here.

In a previous article, I discussed the big and expensive problem of America’s infrastructure. Now, I would like to make the argument that, despite the cost of repairing or replacing our infrastructure, it is a good investment for the country.
The infrastructure problems are increasing business costs and it will only get worse. Whether it is missing a delivery promise because of a freeway jam, losing water pressure in a food plant, loss of electricity during a blackout, or being fined by a government agency, infrastructure problems will continue to increase business costs and make business less competitive. They will also increase consumer costs through user fees and service bills.
Our current strategy seems to be to use our limited resources to react when the bridge falls, the water main explodes, or the sewer overflow dumps raw sewage into the city’s river — and then depend on our emergency forces to get us out of the jam with around-the-clock TV coverage. But, dealing with these kinds of problems during an emergency is the most expensive solution and most often there is no budget and the local government has to rely on deficit spending.
Besides reducing reactive spending, another very good reason to consider a comprehensive plan to deal with the infrastructure problems is that it would create a lot of jobs in both construction and manufacturing.
What Does the Government Propose?
After several budget proposals by the Obama administration that never got traction, the American Jobs Act was submitted in Sept 2011. After two years of political wrangling by both parties, the bill was finally passed by Congress in March 2013 at a total cost of $450 billion. Unfortunately this wasn’t really an infrastructure, transportation, or jobs bill. The need for infrastructure spending was trumped by politics and only $60 billion (or 13%) of the bill went to infrastructure problems. The other $390 billion was appropriated for unemployment benefits (13%), payroll tax reductions (54%), and aid to state and local government (19%).
The majority of the $60 billion for infrastructure was dedicated to loans and grants and for the development of an infrastructure bank. Only $27 billion of the appropriation was dedicated to transportation infrastructure. And, if you take out the monies for high speed rail, Amtrak, and airport improvement, the budget is further reduced to $19 billion.
By my calculations, any effort to really solve the immediate problems of repairing or replacing the highways, bridges, water systems, sewers, and electrical grid would require a 20 year comprehensive plan costing around $200 to $300 billion per year. The $19 billion per year appropriated in the Jobs Act won’t even cover the annual emergency fix costs.
The big problem of addressing all of America’s infrastructure issues is that it will take a large investment. We have allowed the infrastructure systems to crumble for decades, thus causing the costs to repair or replace to grow logarithmically. Depending on how fast or how thoroughly the job is done, we are facing an investment of at least $1 to $2 trillion. With our current Federal deficit, which has grown with every President since Ronald Reagan, we don’t have the money and any fix would be deficit spending.
The Challenge of Austerity
When the economy went off the cliff in January 2008, it was assumed that if we cut back on our debts, the economy would begin growing its way out of the Great Recession. Countries began to cut their budgets, businesses laid off workers, and consumers reduced both their debts and consumption. As the economy returned to low growth, businesses did not hire, banks did not loan, unemployment exceeded seven percent, and there was a huge reduction in consumption (which is 70 percent of our economy). In my opinion, the austerity approach simply prolonged the recession, and money for infrastructure problems was low on the list of priorities.
In the near term, the solution will simply be to increase consumer fees for water, sewer, and electricity and to enact more user fees at bridges, highways, and airports. Another possible approach would be for cities, states, and counties to simply increase taxes on the middle class, who are still struggling from the recession and whose median household income has dropped $5,063 since 1999. Politicians know that either fees or taxes could get them voted out of office, but some form of fees and taxes may be necessary if the emergency fixes continue to grow and we do nothing about the infrastructure problem.
As for those who want to stay the course and avoid deficit spending, they need to realize that responding to the emergencies is deficit spending and will simply add to our problem. Most of these emergency fixes to our infrastructure cannot be forecasted or budgeted, and the costs will continue to rise.
Like it or not, we are in the middle of an infrastructure collapse and we are going to have to pay for it with either a comprehensive plan or pay as we go. 5,500 citizens get sick every year because of water contamination, 240,000 water mains break every year, bridges are falling, the highway trust fund will run out of money in 2014, and the electrical grid will cause another blackout. We are standing in the middle of the river screaming ”We need to stop the water,” but don’t realize that the dam has burst and the big wave is coming at us.
Just as in the Great Depression, we have found ourselves in the unenviable place where the only answer is Federal money. The good thing is that a comprehensive plan could create a lot of jobs, reduce business costs, and make the U.S. much more competitive to compete in the global market. It is time to face the realities and come up with the money. Our position is one of  “pay me now, or pay me later” — but we will pay.
Michael Collins is the author of the Growth Planning Handbook for SMMs. You can find him on the web at www.mpcmgt.com.
Latest in Operations 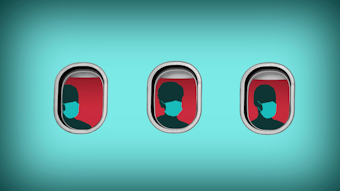 There are critical factors manufacturers should continue to consider in this new normal, no matter what’s ahead.
Jun 25th, 2020
Follow Us
Most Recent