An alarming Gallup poll published earlier this year is still sending shockwaves throughout the business community: Most American workers either hate their jobs or don’t care one way or the other about them.

An alarming Gallup poll published earlier this year is still sending shockwaves throughout the business community: Most American workers either hate their jobs or don’t care one way or the other about them.

Less than a third of Americans are actively engaged in their work, meaning they’re passionate about it, enthusiastic and energetic. They’re consistently productive, and high performing.

Gallup estimates the 20 million who are “actively disengaged” – openly negative and unhappy have a staggering effect on the economy, costing the United States $450 to $550 billion each year in lost productivity.

“Engaging employees is an issue I’ve been working on for more than two decades, and there is a solution. I call it human equity -- the unique assets each individual brings to the workplace that are often unrecognized. Recognizing and leveraging your own human equity, as well as that of your employees, addresses not only the incredible waste of human capital illustrated in the recent poll, but also related concerns business leaders share, including the constant need for innovation. These challenges are not unique to the United States.”

There is a reason why executive royalty, such as Warren Buffet and former General Electric CEO Jack Welsh, sought talent beyond traditional criteria like knowledge and skills, which are also important, says Wilson. He offers a method for uncovering valuable intangibles in employees; he calls it the SHAPE V Talent model:

• Strengths: Consider strength as defined by the 1999 Gallup StrengthsFinder study, which includes “consistent near-perfect performance in an activity.” The study identifies 34 qualities, which can be innate and, unlike skills, are not learned. Individual employees and managers should not force a square peg into a round hole; if an employee’s near-perfect, near-effortless strength is in research and analysis, but not so much in data management, managers should allocate this resource accordingly.

• Heart: Have you ever wondered what comes first, whether you’re good at something because you like it, or you like it because you’re good at it? The chicken-or-egg question aside, what matters is the passion one has for a talent. This includes activities a worker would do even if he or she didn’t have to do it on the job. If a talented manager won the lottery and decided to quit his job, for example, he might be inclined to manage people in a local political campaign or take the helm of his son’s little league team.

• Attitude: There are three general attitudes an employee might have, according to a branch of study in positive psychology. First, there are those who approach their work as a job, who seek only a paycheck and benefits. The second group includes those with a career perspective who seek advancement. The third group views their work as a calling and deeply connects with what they do every day.

• Personality: In 2009, nearly $500 million was spent on personality testing in North America alone. A reliable test isn’t valuable in so much as it reveals differences among workers, which are most likely already apparent. The value of these tests is in showing how and where differences lie. Understanding differences can lead to an appreciation for how and why coworkers perform and improve the synergy of teams.

• Experience: Who is the person you’re sitting next to at work; who is she when she’s not making business-to-business calls, scheduling meetings or troubleshooting technical problems? How does her race, religion, economic background, family situation and overall lifestyle influence – or not influence – her work life? More importantly, how might her life beyond work offer diversity of thought in the workplace? Life experience should not be overlooked when assessing talent.

• Virtue: “Value in action, that’s virtue,” Wilson says. Candor, temperance, courage – these traits preempt problems like public scandals, harassment and discrimination and foster a positive moral pragmatism among coworkers and practical wisdom among leaders. With social media continuing to expose bad behavior and employee morale revealed to be at a stunning low, this is a significant quality in the on-going search for the best talent.

Trevor Wilson is the CEO of TWI Inc. and creator of the human equity management model. He is the global diversity, inclusion and human equity strategist who regularly speaks at corporate functions. TWI’s clients include some of the most progressive global employers in the world, including Coca-Cola, Ernst & Young, BNP Paribas and Home Depot. TWI’s trademarked human equity approach was instrumental in catapulting Coca-Cola’s South Africa division to the top performing division worldwide. 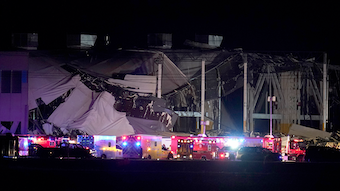 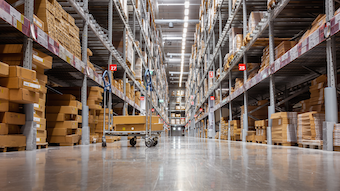 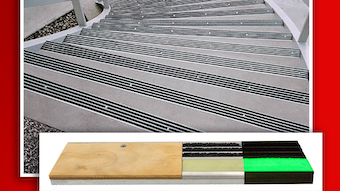