Innovation Dares To Be Different 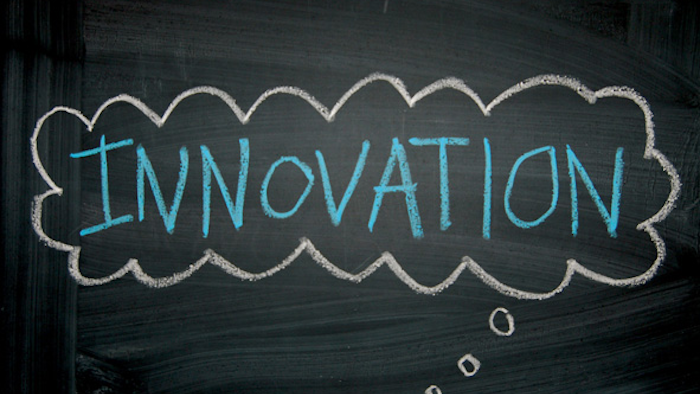 I admit to joining the ranks of the many feel the word “innovation” is overused, often used synonymously with any form of product development. Real innovation does not represent adding simple upgrades to existing products, or developing products to compete with others. Real innovation is developing something no one else dreamed of.

For this reason, many businesses don’t really engage in truly innovative ventures. I recall sitting with a mentor and colleague years ago discussing our concerns when the business leader for our employer announced that the product development strategy was to be a “fast follower.”

In other words, the plan was to let competitors expend their energy and resources proving out new and risky ideas and then our business would immediately follow with a competitive product to those that were successful. That strategy drove an enormous change in product development process, which had been focused on absolute, incomparable quality.

It meant we needed to change from being slow and careful to being fast. I won’t say that there wasn’t some merit to the new CEO’s declaration of strategy. Market share was shifting negatively as the price gap between our quality products and other “satisfactory” products widened and the CEO was expected to remedy that. Still, it concerned me that the focus was to merely compete, and the plan to profit was to compete with, theoretically, less risk to product development cost.

Even so, the process change kept me very busy and I learned a great deal for the experience. It also taught all of us involved with product development a great deal about the fine balance between innovation and the cost and risk of it. It’s not a simple way to win in the market, though a successful innovation can indeed make a huge impact.

I say innovative development and, by implication, the business of innovation is not simple. Let’s consider some of the many complexities and challenges.

Consider the reality of the creative inventors, those few that generate and prototype ideas and sell them to businesses that can turn them into products. A successful inventor, ignoring the extraordinarily exceptions that get rich off of one idea, typically succeeds in marketing and selling one in 20 or 30 inventions. A success rate of 1 in 20 is generally not acceptable to most corporate businesses.

Likewise, there is the problem that innovations don’t stay unique for long. Like the business I described above, competitors will be quick to jump on our innovations and emulate them or surpass them. There were many unsuccessful or barely successful fledgling forays into the development of the smart phone until the Blackberry, then the iPhone, and now everyone is in the game of “one-upsmanship” in the smart phone market.

The challenge of being first to market with innovations creates tangles and complexity with patent strategy. While patents can serve to protect our designs from being copied, in some ways the public disclosure of our ideas and concepts makes it easier for competitors to design enhancements to compete by revealing the underlying foundation of our designs.

Finally, there is the cost. Developing technology to enable our innovative ideas is expensive. We can wait for others to develop it and then try to capitalize, but the waiting game can be dangerous too. It allows our competitors to be developing innovations at the same time.

Similarly, developing technologies or solutions that don’t work is a hazard and an expensive outcome of the gamble we undertake. Those results don’t sit well with a board of directors or investors.

So, the terrible innovation paradox is that we want to produce innovative ideas, but we aren’t comfortable with the risk required. Our pet peeve comes from people claiming to be innovative, but who are really risk averse (boasting with the word “innovation” for every mundane development).

I’ve yet to be one of those successful inventors, though I haven’t yet produced the magic twenty attempts either. I have issued a fair number of patent disclosures that my employers elected not to take to patent for fear of tipping their hats on new designs.  Several of those designs have been turned into successful products. In truth, I was part of teams of engineers that developed those ideas and those designs. I have also been directive in the development of processes to enable a variety of innovation and product development strategies.

In the limits of that career experience, and much research and observation of success and failure stories, I have observed three phenomenon that lead to truly successful innovations that drive huge business and market impact. The first is the persistence phenomenon. This is the one the inventors experience. They try out a multitude of ideas until they find one that wins.

The second is to actively root out unsolved or unrealized problems and then to develop solutions to them. This is the strategy encapsulated in the “Blue Ocean” concept made popular by the book Blue Ocean Strategy by W. Chan Kim and enabled or facilitated by methodologies such as Outcome-Driven Innovation, to name one. It works, but it requires a significant investment and skill set development to do the research to identify those opportunities.

The above two phenomenon are tried-and-true and they are the ones we most explore and try to develop risk plans around. The third is one we often witness and applaud, but rarely accept as a strategy. While its risk and effort might be greatest, its reward is also greatest. Unfortunately, because of the risk, I believe that many of us tend to dismiss these opportunities when they present themselves, instead of embracing them.

The phenomenon to which I refer is inspired innovation. This is the idea that someone has that is unsolicited, unlooked for, and far afield. These ideas meet untimely deaths too often only because those that could make them happen don’t have the courage or lack the passion to see them through. They are killed by the critics and the fearful before anyone can find out if they truly have merit.

However, the ones that persist, often based on passion alone, and develop their vision in spite of the critics and naysayers are often the successes we admire the most. The age-old example is Thomas Edison and his more than 100 attempts at developing the light bulb.

The recent examples that inspired this post for me come from a different industry, but are no less relevant. Let’s look briefly at the entertainment industry. The lesson is very relevant.

Dan Povenmire and Jeff “Swampy” Marsh developed a vision for an animated children’s TV show in which two protagonists are exemplars of the “seize the day” motive. The humor is relatively mature and tasteful and every episode includes a different, clever musical number woven into the tale. They had a great deal of difficulty selling the idea.

The industry “experts” observed that their vision wasn’t anything like the popular shows of the time and they didn’t think it would work. It wasn’t “snarky” enough, and the audience wouldn’t appreciate the humor or the music. If it weren’t for a great deal of persistence and insistence, and some faithful connections in the industry they might not have been given a chance.

Eventually, Disney decided to give their vision a chance. Even so, the two creators battled vehemently against the changes the Disney producers wanted to make. They nearly didn’t get their vision to production because of the battle to preserve their idea. Eventually, faith based on the two creators’ past successes overcame the fear of doing something so very different and they went to broadcast in 2008.

Their visionary product, the “Phineas and Pherb” animated cartoon show quickly became the most popular series. I understand it is the longest running original series Disney Channel has run.

Likewise, in spite of everyone in the music industry trying to mold her into something other than what she wanted to be, Katie Perry persisted for years to fulfill her vision before enough believers assembled around her to help her get the backing of Capitol Records. Again, everyone agreed that she had exceptional talent and presence, but the “experts” claimed that her vision was too different to sell.

With much battling on her part, and the part of her allies, Capitol Records took a chance on letting her dictate her vision. She is now the most popular music artist in the world.

The lesson is this. We are often afraid of trying something distinctly different because it is almost impossible to predict its potential for success or failure. The “experts” will often tell us it is too different from what is currently successful and advise us not to take the risk. There are no numbers or statistics or data to tell us that an innovative idea might be successful and so we just can’t be sure.

The only thing we have to tell us an innovative idea might be successful is our intuition. In business we often reject intuitive direction, insisting on data instead. Unfortunately, the very definition of “innovative” means that there is no data, and that there can’t be any data, because the idea itself is new and different.

Therefore, true innovation requires faith and courage and the ability to take risk. Coincidentally, that isn’t so different from the inventor phenomenon whereby 1 idea in 20 gets attention and succeeds to market.

Consider my observations and compare them with your own. Think of the truly innovative ideas you most admire and notice how many of them are the result of perseverance based on faith and passion instead of calculated formula. I think you will find that most of the ones you admire fit the first category.

If you like what you just read, find more of Alan’s thoughts at www.bizwizwithin.com.