After 12 months straight of expansion in the ISM’s Manufacturing PMI, we are surely seeing growth in the Manufacturing industry. But, is it really a “renaissance” or “revival”? I have always felt that the answer is “no.” 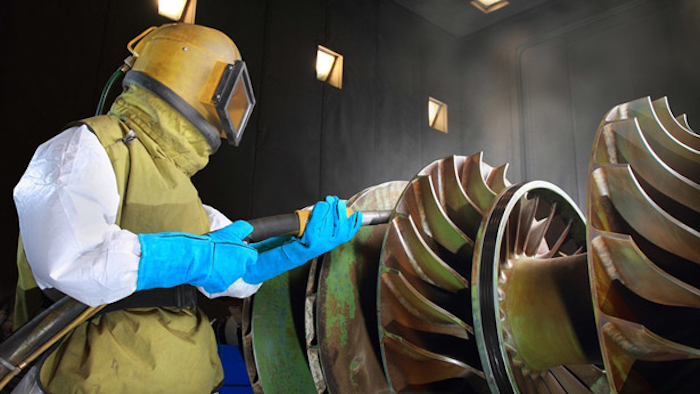 Each and every morning I fire up my RSS reader and I read about Transportation, Logistics, Supply Chain, Distribution, Freight, and of course, the core and heart of and the reason those other industries exist: Manufacturing.

I have been doing this now in my job as Director of Marketing for Cerasis, a third party logistics company, every morning for almost two years. I have been able to get insights from those practicing in those industries each and every day, learning from their wisdom and opinions around the various trends and issues of the day facing the manufacturing community. Of course, embedded in all of those conversations is the idea of a manufacturing “renaissance” or “revival.” Right alongside this notion of a “manufacturing recovery” come discussions of the economy and “Where are all the manufacturing jobs?”

Regardless of your own opinion, one thing is true, after 12 months straight of expansion in the ISM’s Manufacturing PMI, we are surely seeing growth in the Manufacturing industry. But, is it really a “renaissance” or “revival”? I have always felt that the answer is “no.” A revival would imply that somehow manufacturing was broken. It would imply that manufacturing was so inefficient, that we would need to change it drastically so it created more and more jobs and be the industry that gets America back to the promise land of double digit growth.

But is that what we REALLY want? To be so dependent on ONE industry? Putting all our eggs in one basket so to speak? The fact is, manufacturing is not inefficient, in fact, with such great technology and operations improvement, and utilizing outsourced providers, such as logistics, manufacturers are learning that staying Lean and focusing on their output, is what will keep them a float, put money back into the sector, and in that way support the rest of the economy with other jobs created.

Manufacturing is not in a “revival,” but in “transformation.” Yet, there are some who still pine for manufacturing to create all the jobs.

Despite cyclical recession, manufacturing plows ahead and continues to stay strong. In fact, in the Manufacturing Institute’s “The Facts About Modern Manufacturing — 8th Edition,” they break the notion that a “revival” was needed at all:

“Manufacturing is often compared to agriculture in terms of a slow decline in its share of employment and national output. However, after adjusting for price changes, the quantity of manufacturing value added (GDP) has generally kept pace with the overall economy during the past 61 years, taking into account both recessions and expansions. Manufacturing GDP does fall faster during recessions (like the current recession), but it also grows faster in expansions. Between 1947 and 2008, both manufacturing GDP and overall GDP rose over sevenfold. It is generally unnoticed that the quantity of manufactured goods has continued to grow, leaving many people with the incorrect notion that little domestic value is produced in the United States anymore. In current dollars, manufacturing GDP made up 11.5 percent of total GDP in 2008.”

Between 1947 and 2012, both manufacturing GDP and overall GDP rose over 9 times.

The chart compares the level of inflation-adjusted output for the manufacturing sector to the level of real output for the overall economy (GDP) from 1997 to 2012 (estimated), when both series are set to equal an index value of 100 in 1997.  With an estimated growth rate of 4% this year for U.S. manufacturing, U.S. factory output in 2012 will be above the pre-recession 2007 level by about 3%, and it’s highly likely that manufacturing output in the first four months of 2012 is already ahead of the 2007 peak.  On a cumulative basis since 1997, manufacturing output this year will be above the 1997 level by 47.5%, compared to a cumulative growth in real GDP of only 38.2%.

Bottom Line: The U.S. manufacturing sector isn’t just at the forefront of the current economic expansion, it’s been at the forefront of economic growth in the U.S. economy in every non-recession year for the last 15 years, and by a non-trivial difference of 0.7% higher growth per year on average.

That notion that using the phrase “A U.S. Manufacturing ‘revival’” is incorrect was reinforced as I read the Wall Street Journal’s article entitled “The Myth of a U.S. Manufacturing Decline,” where author Dan Ikenson mentions output. In the article, Mr. Ikenson says:

“Many who opine about manufacturing seem to yearn for the past, but let’s hope the sector doesn’t backslide to 1979’s level of relative inefficiency, when the average U.S. worker produced $28,000 of value added annually – less than one-fourth as productive in real terms as today’s $170,000 annual per worker value added. Nor should we hope for the economy to be as dependent on manufacturing as it was in 1953. Though the real value of U.S. manufacturing output has increased more than six-fold since 1953, U.S. consumers spend twice as much on services than on goods, today, and 90% of the American workforce is employed outside manufacturing.

In conclusion, manufacturing has its challenges. Regulatory, economical, an aging workforce retiring, and finding skilled workers who can operate and lead the charge of this technological and operational focus. However, from what I know about manufacturing, and the people who work directly in it and those who work on the supporting industries of manufacturing, there is not a “Revival” but truly a “transformation.”

What do you think? Let me know in the comments section below.