Keeping An Eye On AmazonSupply

AmazonSupply is ahead right now when it comes to data, but electrical distributors may be mounting a second half comeback. 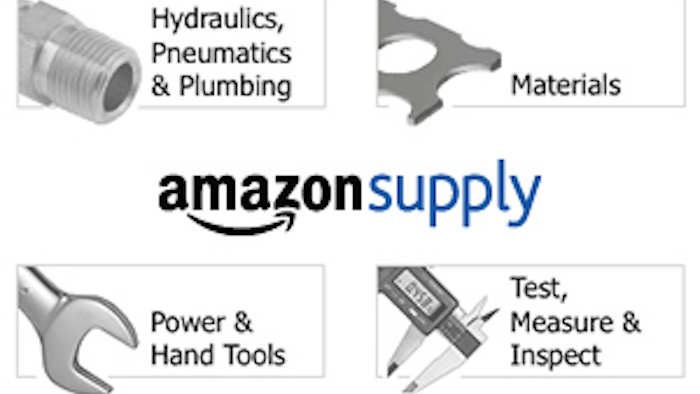 By the time you read this, Belichick will have 200 career wins as a head coach in the NFL. When you consider they only play 16 games a year, that’s a lot of wins. In fact, there are only 5 people who have won more games in the history of the NFL. He’s won the Super Bowl three times. He was named NFL coach of the year three times.

But what do you really think of when you hear Bill Belichick’s name? He’s famous for watching his opponents. More specifically, videotaping their coaches and practices so he would know what they are doing before the game even started.

I’m not going to turn this into an “end justifies the means” column, but I will say that there is definitely an advantage to watching what the competition is doing.

So, I have been watching AmazonSupply.com and CEO Jeff Bezos for quite some time now. The one strategy that Bezos likes to use the most comes from Brad Stone’s book “The Everything Store: Jeff Bezos and the Age of Amazon.” Stone told the audience at the NAED National Meeting that Bezos will weave together a chain of small advantages and begin using them to form one giant advantage. Bezos has as many as 125,000 employees loading data on his AmazonSupply.com website. He has more than 2,250,000 products listed on the site. And Bezos has streamlined his ordering process to get orders to his customers in less than two days.

I went to the AmazonSupply Twitter page. It looks like a lot of other B2B pages. It talks about that it’s hiring. There are posts about the “Deal of the Day.” But, there hasn’t been a new post since June 3. Nothing.

The AmazonSupply Facebook page gloats about having millions of products available, and also offers a “Deal of the Day.” But it has also been silent since May 8.

I talked with social media expert Sima Dahl, one of the speakers at the NAED AdVenture Conference earlier this month, about what happens when businesses like AmazonSupply abandon their social media site.

“Social media is an amplifier of your sales and marketing efforts, and as such demands a strategy, a commitment and the resources to see it through,” Dahl told me. “Consistency breeds trust, abandonment is not ideal. Perhaps they weren’t netting the results they wanted or that their following was not in line with their targets.”

Dahl also says AmazonSupply is making a mistake by leaving its unattended social media accounts up for anyone to see. “I do feel it is better to delete an account then leave it dormant and unmanned,” Dahl adds. “A company’s social media accounts are an extension of the business brand. They have value. If you can’t keep it up, I vote kill it.”

It feels good to write this: Advantage, distributors.

And now that you know you have that advantage, it might be a good time to evaluate how you are connecting with your audience so you can weave together your own chain of small advantages.

Unfortunately, the news is not all fantastic. As I look over the fence to see what else Jeff Bezos is doing these days, I stumbled on a webpage that AmazonSupply launched recently. It is basically a step by step process for people to load all of their data onto the AmazonSupply web page, including instructions on how to include the Amazon banners for free two day shipping.

This will be an important area to keep an eye on as NAED and IDEA begin a new phase with a leadership change. Interim IDEA President Chris Curtis told tED magazine that some of his short-term goal is to “make it clear that what the manufacturers are inputting is what the distributors need,” Curtis told us. “I’m much more focused on helping to find where the organization needs to go, rather than where it is.”

So for the short term, we know AmazonSupply is ahead right now when it comes to data, but electrical distributors may be mounting a second half comeback. I will keep an eye on them. Bill Belichick’s success shows me it’s the right thing to do.