It cost money — often a lot of money — to hire a new employee. That’s why it's very important to use every tool possible to help mitigate these expenses and, at the same time, try to eliminate the number of “bad hires.”

If your distributorship has ever sent out the following letter to an unlucky job applicant, you might as well say you are unlucky as well:

We regret to inform you that your application for employment was

unsuccessful at this time. We will keep your resume on file and consider

it for suitable roles in the future. Once again, thank you for your

interest in A-1 Distribution.

It’s pretty easy to see why “Joe” may be disappointed, especially if he really wanted to work for this company. But why might “A-1 Distribution” be unlucky and disappointed as well?

According to the National Association of Colleges and Employers (NACE), recruiting and hiring a new employee for a company with fewer than 500 employees—which includes many if not most distributorships—can cost a staggering $7,645. These costs are the result of, among other things, expense reimbursement and travel expenses for potential new hires, your time, interviewing procedures, and your staff’s time meeting with the candidates, according to NACE.

But let’s say our friend Joe was hired. He’s already cost the company nearly eight grand as part of the company’s hiring efforts, and it won’t stop there. NACE claims that when Joe is finally put on the payroll, distributors will likely need to train the new recruit, which should run another $1,000 to $1,500, and if a recruiter helped us find Joe, the recruiter likely will charge as much as 25 percent of Joe’s first year’s salary.

But wait, it’s still not over. Let’s suppose Joe is now about six months into the job but finds working for our imaginary distribution company is just not for him and gives his notice. According to the National Business Research Institute (NBRI), depending on the job and the salary, these “bad hires,” as they are referred to, can cost employers anywhere from $25,000 to $300,000. A bad hire typically refers to someone who either is dismissed or leaves the company voluntarily in a relatively short time.

The way NBRI figures it, these costs are the result of the following:

These costs are likely an eye-opener for many distributorship owners and managers. While not every cost and expense will be applicable to your specific company, it does cost money — often a lot of money — to hire a new employee. That’s why it is very important to use every tool possible to help mitigate these expenses and, at the same time, minimize if not eliminate the number of “bad hires.”

Defining the Position Is Key

A few years back, an employee was hired by a major worldwide association to be its new “web content manager.” The association paid the new staffer’s moving expenses so he could work on-site. The employee assumed a “web content manager” meant he would be writing specific types of content for the company website. However, within a month or so of starting the job, he realized the bulk of his work would be to edit the work of other writers, something he was not trained nor liked to do. Within a year, he gave his notice, costing the association a considerable sum of money in moving and relocation costs, training, and time spent finding and hiring him.

The problem here is that the association did not properly define what the job entailed. In all fairness, they were not exactly sure themselves what a “web content manager” would do. However, this should have been determined well in advance of looking for someone to take the position.

Attracting the right candidate for a position is a two-way street. For the employer, it is crucial to clearly define exactly what the position entails, including what the new worker will be doing and what training, experience, and/or education is necessary. Ideally, the job description also gives applicants an idea of what the company culture is like and what their future opportunities with the company are.

This information then works like a filter: it filters out applicants who do not meet these requirements or expectations and attracts those who do. Distributorship owners and managers should take the time to clearly define the position and the type of person they are looking for. This is the first step in helping to reduce the time and costs of hiring a new employee.

As we can see, the entire hiring process is strewn with problems, potholes, and costs. For many smaller distributorships, it can be very difficult to reduce these costs; however, more ways to find and hire qualified candidates specifically for distributors are now coming online. According to Jack Trimm, Director of Human Resources for AFFLINK, a distributor sales and marketing organization, an example of such a program has been developed with the help of hiring programs established by Baylor University and the University of Alabama.

Among other things, it uses a process that:

“The potential staffer is then interviewed by the sales and marketing organization,” says Trimm. “From here, the best matches are forwarded to the distributor-employer.”

The goal is to save companies a considerable amount of time — and money — because the applicant is thoroughly screened before meeting with the possible employer. The service can also help with the training of the new recruit.

Although no system can remove all the risk, using such tools is a major step in reducing recruitment and hiring costs, finding the right employee the first time and thereby avoid bad hires, and getting the new employee up and running quickly, contributing to the company’s operations and success as fast as possible. And possibly best of all, it puts an end to the seven thousand, six hundred and forty-five dollar letter that no one likes to write and no one likes to receive.

Robert Kravitz is a frequent writer for the professional building and cleaning industries. 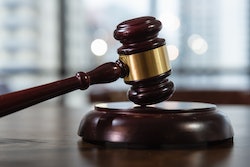