Why Does This Tax Credit Need A Revival?

The New Markets Tax Credit (NMTC) Program, established back in 2000 to spur economic development in blighted communities around the U.S., actually doesn’t exist anymore. The credit expired at the end of 2013, despite a bill in Congress that would have permanently added it to the U.S. tax code. 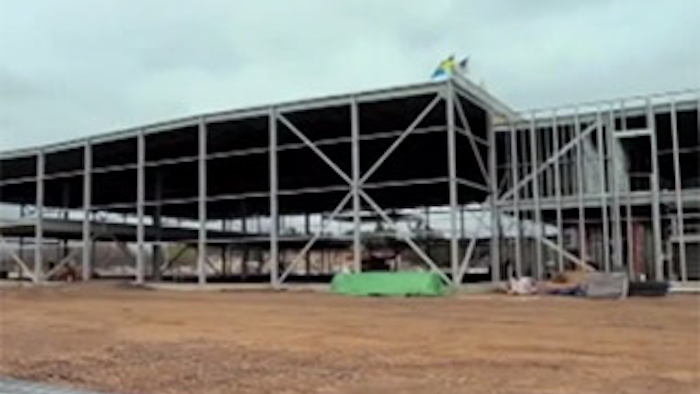 The New Markets Tax Credit (NMTC) Program, established back in 2000 to spur economic development in blighted communities around the U.S., actually doesn’t exist anymore. The credit expired at the end of 2013, despite a bill in Congress that would have permanently added it to the U.S. tax code.

If anything, perhaps these success stories can service as evidence as to why NMTC should be renewed.

One of them has recently played out in Brunswick, Maine, where Mölnlycke Health Care, Swedish manufacturer of single-use surgical and wound care products and services to the professional health care sector, took advantage of the NMTC program to invest heavily in its burgeoning North American operations. Why is this such an important marker in the NMTC history? Mölnlycke opted to forgo a traditionally “low-cost” country in favor of U.S. manufacturing in part because of the credit.

The truth is that last few years have been tough on Brunswick. On May 31, 2011, the Naval Air Station Brunswick officially closed, although the effects of that closure had been affecting Brunswick and other nearby towns for years before. Navy personnel were moving out as early as 2008, and 5,000 jobs were lost by the end of the process. 2,100 properties went up on the market. The area needed a shot in the arm.

At the same time, Mölnlycke needed to shape up its supply chain. The company was making foam — a widely-used “raw material” in its wound dressing — in Wiscasset, Maine. That product would then be shipped to Mikkeli, Finland, where it was manufactured into sterile wound dressings. At that point, a significant portion of that final product was shipped right back to the U.S. to be sold — certainly not the most efficient supply chain.

When it came to seeking out locations for a new facility, they left few stones unturned — Mölnlycke looked into Finland, the Czech Republic, Asia and a number of locations in the U.S.

At one time, the economic situation near Brunswick wasn't pretty.James Detert, the business development director for the Americas for Mölnlycke Health Care, says when it came to manufacturing in the U.S., and New England in particular, all the factors were favorable. The company was undergoing rapid growth in North America, which necessitated significant investment in order to maintain the pace of demand. He says, “Because the North America — and the U.S. in particular — is the largest and fastest-growing market, it made sense from a logistics standpoint to expand our manufacturing in the U.S.”

Detert says, “The head of Midcoast Regional Redevelopment Authority (MRRA) at the former naval base introduced us to the New Markets Tax Credit when we were discussing the possibility of building [in Brunswick]. In short, it was a helpful economic development tool for MRRA to promote. As our landlord, MRRA was the actual tax credit applicant on our behalf. We worked with CEI Capital Management as the investor of the credit.”

The NMTC was a major win for Mölnlycke, although, like most tax credits, it wasn’t the “single enabling factor,” as Detert says. When it comes to the complex negotiation of where to manufacture, the business case needs to be concrete, and the company was certainly weighted by the benefits of NMTC. Detert adds that the tax credit benefit to MRRA was passed on 100 percent to Mölnlycke, which means that the new facility’s operating costs are lower than they otherwise would be — this makes further expansion down the road even more appealing.

A major concern with the NMTC program, which requires that investments be made in economically-depressed regions of the country, is that finding skilled labor would be more difficult than in more vibrant areas. And while Detert too was concerned about that possibility, he says it’s another reason why automation is the way of the future: “[We] made significant investments in state-of-the-art automated machinery. This was necessary from a cost, and more importantly, a product consistency and quality standpoint.”

Construction of the new Mölnlycke facility.In addition, Detert says the company has an extensive training process to seal up any gaps in a new hire’s skill base: “This training even included sending almost all employees … over to our existing Mikkeli, Finland factory for several weeks at a time to learn how the dressings are made there. This has been invaluable for Brunswick, Maine employees to know first-hand what the requirements are for manufacturing these critical products.”

Even then, Mölnlycke was successful in adding 50 high-skill positions to its new Brunswick facility without trouble — positions that include engineers, production and engineering technicians, biologists, quality specialists, IT specialists and high-level managers.

And the company actually found a number of benefits in locating in a region that wouldn’t traditionally be at the top of many lists. The Brunswick location offered better possibilities for employee housing, plus proximity to the Southern Maine Community College (SMCC). There’s an airport next door, and the company is now part of a burgeoning business park. Maine itself offers a lot of benefits as well, from golf courses to other natural “perks.”

But perhaps the biggest benefit of a revived NMTC program would be the way in which it could make American manufacturing more appealing to manufacturers, both local and foreign. Based on his own experiences, Detert agrees — traditionally “low-cost” countries like China are no longer quite so cheap, and when one adds in the factor of automation, labor costs become less important compared to costs like raw materials and logistics.

Some of the high-tech machinery at work in Mölnlycke's facility.Speaking of logistics — Detert says, “There is an increasing appreciation for being close to your market. There is some value when selling in the U.S. to be able to say that it is manufactured in the U.S.” On top of that, he argues, with the advent of just-in-time practices becoming almost a requirement, assets like “limited lead-time, production flexibility, speed, quality and many other factors become more important than a low labor cost.”

Add into that the recent boom in U.S. energy production, which Detert says is significantly changing the cost structure of manufacturing in the U.S., and there’s all the reason to manufacture in the U.S.

The NMTC program could be a major asset to American manufacturing and struggling communities both — if it were extended by Congress in the coming months. The success stories go far beyond Mölnlycke, and could help even more manufacturers get investments off the ground. The Treasury Department’s CDFI fund says NMTCs have created more than 550,000 jobs and created some $60 billion in capital for distressed areas, which, as Next City points out, is less than $20,000 per job. And without the credit in place, it’s increasingly unlikely manufacturers will invest in the areas that most need it.

And considering that U.S. manufacturing needs every advantage it can get to ensure that its overall benefits supplant those of low-cost countries around the globe, Mölnlycke’s story should serve as proof that NMTC can make a difference. Corey Cass, a new Mölnlycke hire, sums up the value of NMTC and Mölnlycke’s investment fairly well in the video below: “It may take a little bit of time, but it’s going to come back, and this is really a good starting point.” 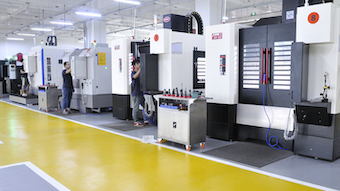 How To Maximize The Efficiency of A CNC Machine Shop 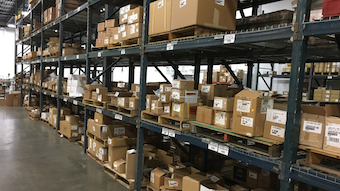 Consignment can be a profitable strategy for distributors, but there are key elements to keep in mind.
Apr 16th, 2021 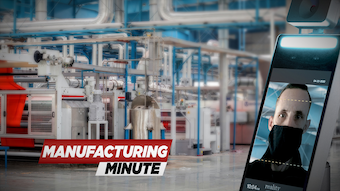 At the most basic level, it can be used to take the temperature of workers and visitors entering the workplace.
Apr 15th, 2021 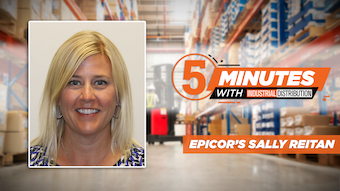 ID chats with Epicor's Sally Reitan about if the pandemic has accelerated distributors' rate of Cloud ERP adoption or altered how they use it.
Apr 15th, 2021 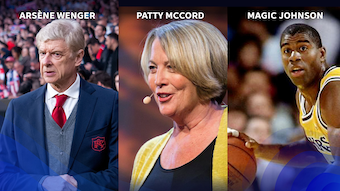 Virtual Summit Offers Practical Insights for the Future of Work

The summit will deliver practical insights built for 2021.
Apr 14th, 2021
Follow Us
Most Recent