Companies spent millions to hire freight carriers and secure warehouse space in the U.S. in a massive shift of inventory happening over a matter of days. 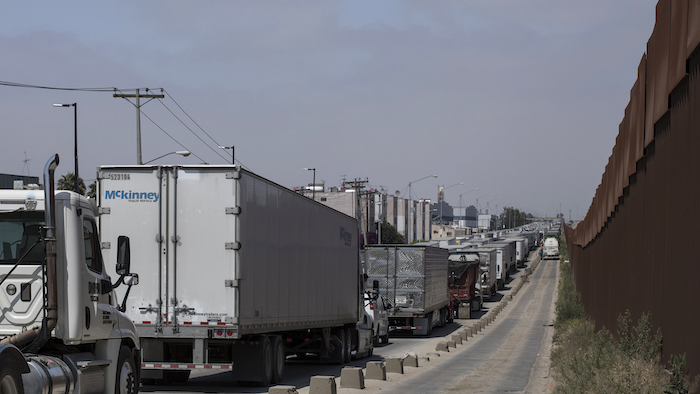 Before U.S. President Donald Trump on Friday abruptly suspended the threat of tariffs against Mexico, companies were rushing cars, appliances and construction materials across the border to beat Monday's deadline.

Mexican-made tiles were piled up on the pavement next to a warehouse in New Mexico. A furniture factory and a jalapeno exporter fretted about a huge financial hit next week. And hundreds of semi-trailers carrying medical devices, televisions and Toyota pickups idled in line Friday at the truck crossing in Tijuana.

On Friday night, Trump tweeted that the tariffs were indefinitely suspended and that Mexico had agreed to take "strong measures" to stem the tide of Central American migrants heading through Mexico to the U.S.

Even before the tariff threat, Tijuana shipped $80 million worth of goods across the border every day.

But the tariff threat kicked the cross-border traffic into overdrive. Companies spent millions to hire freight carriers and secure warehouse space in the U.S. in a massive shift of inventory happening over a matter of days along the nearly 2,000-mile (3,200 kilometer) border.

"You see these supply chain-managers on a tear, just bringing stuff in as fast as they can," said Jerry Pacheco, president of the Border Industrial Association in Santa Teresa, New Mexico. "Almost every major supply-chain manager who is bringing stuff from Mexico is scrambling to get their stuff across the border as quickly as possible."

Trump had threatened to impose 5% tariff on all goods imported from Mexico starting Monday.

Many Republicans in Washington opposed the tariffs because they feared rattling the economy. It was unclear how companies would pay the duties.

Sandra Maldonado, who provides legal consulting services to manufacturing plants about trade rules, said one of her clients is a furniture maker who would lose $1 million a day under the tariffs.

"There's so much uncertainty. Not even the secretary of the economy can tell us what the future holds," she said. "It's totally absurd."

Before the president announced its suspension, Maldonado wondered whether the tariff would have affected all goods and if that would violate Mexico's existing free trade agreement with the U.S.

Franz Felhaber, a customs broker fretting about chili exports, calculated that the tariffs would cost $35,000 for the 100 trucks that cross each day at the height of jalapeno-export season, which starts in a few weeks. Exporters have to pay duties upfront — a practice that threatens their cash flow, even if they pass on the costs to consumers.

He calculated that if tariffs were ramped up to 25 percent by October, as Trump had threatened, 90 percent of his clients would have gone out of business.

The tariffs were the topic of conversation at an import-export convention planned months ago called "Foreign Trade and New Opportunities" Friday south of Tijuana in the beach town of Rosarito, where presenters tried to calm nerves.

Speakers talked about looking at other export markets, but they also acknowledged the challenges in moving away from the U.S., Mexico's largest trading partner.

"We need to start looking to see how we fight to get back that 5 percent if it happens," said Luis Manuel Hernandez, head of Index Tijuana, an association of manufacturers in Baja California whose members include Toyota, Hyundai and other major corporations. "Maybe we become 5 percent more competitive."

Customs brokers have been flooded with calls from Mexican clients asking about what to do, said Myrna Aguilar, president of the San Diego Customs Brokers Association and a brokerage operations manager at Casa International, one of the largest brokerages on the border.

"Nobody runs their business on a day-to-day, minute-by-minute strategy so this has created a little bit of turmoil," Aguilar said.

She said the mood by some companies was somber, especially for businesses such as those in the medical device industry that have never had to pay duties.

"We're telling them ship as much as you can between now and Sunday, protect whatever you have already, move it fast," Aguilar said.

She had expected the influx of goods into the US from Mexico to climb through the weekend. Her company had already had to find 25 percent more warehouse space for clients.

Though companies have known about the jump in tariffs for more than a week, many had hoped that the deadline would be postponed or that the hike would not happen at all.

As of Friday night, it was a bet they had won.

Main image: Trucks line up to cross into the United States at the border in Tijuana, Mexico, Friday, June 7, 2019. Companies have been rushing to ship as many goods as possible out of Mexico to get ahead of possible tariffs threatened by President Donald Trump, hurriedly sending cars, appliances and construction materials across the border to beat Monday’s deadline. (AP Photo/Hans-Maximo Musielik) 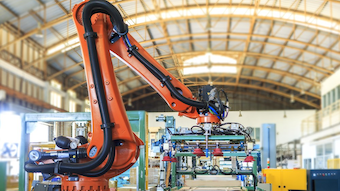