The Labor-Busting Law Firms and Consultants That Keep Google, Amazon and Other Workplaces Union-Free

Just a handful of little-known law and consulting firms do much of the dirty work. 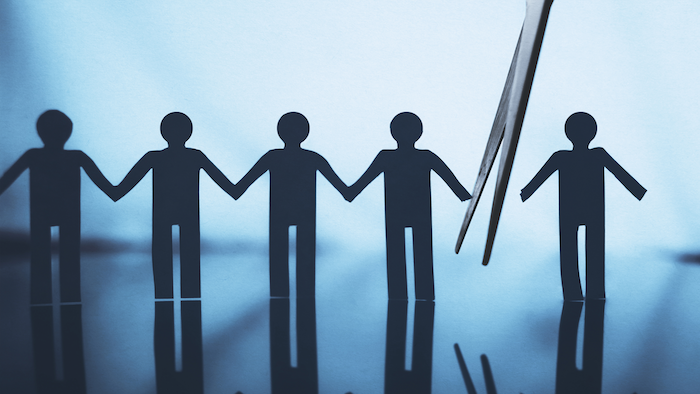 (THE CONVERSATION) American companies have been very successful at preventing their workers from organizing into unions in recent decades, one of the reasons unionization in the private sector is at a record low.

What you may not realize is that a handful of little-known law and consulting firms do much of the dirty work that keeps companies and other organizations union-free.

IKEA, for example, turned to Ogletree Deakins, one of the largest law firms that specialize in so-called union avoidance activities, to help it crush unionization efforts in Stoughton, Massachusetts, in 2016. Google hired IRI Consultants, a firm known for its anti-union activities, for advice on how to deal with growing worker unrest. And just this summer, two liberal-leaning organizations – the Scholars Strategy Network and ACLU Kansas – recruited the services of Ogletree when their employees tried to form unions.

I’ve been studying these firms for two decades and have chronicled the key roles they have played in undermining an American worker’s federally protected right to organize. Their tactics, abetted by weak labor laws, have turned what should be a worker-driven process into essentially a choice being made by companies.

A lack of effective federal reporting requirements means there isn’t a lot of data on this union-busting industry. We do know that a lot of companies are using it.

According to a Cornell labor expert, about 75% of all U.S. employers have engaged the services of a consultant or law firm to stymie efforts by workers to organize – and are spending an estimated US$340 million a year to do so.

Three of the biggest law firms that do this work are Littler Mendelson, Ogletree and Jackson Lewis, which have grown from regional operations into global union avoidance behemoths. Consultants such as IRI and the Labor Relations Institute have also developed a reputation for union avoidance expertise in recent decades. IRI even if its efforts weren’t succesful.

Here’s a closer look at the main services they offer clients, which occupy the gray areas of labor law.

Monitoring unrest in the workplace

One major reason companies hire these firms is to conduct union vulnerability audits, intended to analyze a workforce to see which departments, locations or demographic groups are most likely to organize.

The tactic has been around since at least the mid-20th century. Management professor Sanford Jacoby documented how Sears Roebuck used vulnerability audits to beat back unionization as early as the 1940s, while labor historian Nelson Lichtenstein showed how Walmart has used similar tactics to remain union-free since the 1960s.

Today’s audits, however, are more sophisticated and data-driven. Anti-union monitoring software can help management squash organizing before it starts, while heat maps that collect data from a wide variety of sources reveal granular detail about where the biggest risks are. Amazon recently used heat maps to show which of its Whole Foods grocery stories and distribution warehouses were most at risk of unionization.

The anti-union firms advise companies to treat unions like a “virus” and to “inoculate” employees with messaging about the purported consequences of organizing early and often.

And to that end, another important service these firms provide is supplying companies with anti-union materials, which can be anything from managerial training and websites targeting employees to “vote no” buttons and anti-union billboards – strategically located on the way to work.

For example, Nissan, Volkswagen and other carmakers have used billboards as part of their campaigns to prevent unionizing at plants in the U.S. And last year, Delta Airlines put up posters advising employees that buying a video game console would be a better way to spend money than on union dues. Rite Aid, as part of an effort to stop workers at a warehouse in Lancaster, California, from organizing beginning in 2006, hired Oliver J. Bell & Associates to provide its managers with training resources, according to a report by labor rights organization Jobs with Justice.

Workers who experience them describe these “captive” meetings as a form of legalized intimidation, which is one reason many other democratic countries, such as Germany and Japan, restrict them.

Law firms generally avoid engaging in activities that involve direct contact with employees because, technically, it must be disclosed under the Labor-Management Reporting and Disclosure Act of 1959. This has created an opening for other types of consultants to specialize in this kind of persuasion. Weak enforcement means that reporting is patchy, even among consultants who talk to employees.

As the pandemic and concerns of benefits and safety has promptedmore workers to try to organize, firms have continued to conduct these meetings. HCA Healthcare reportedly hired consultants to run meetings at a hospital in Asheville, North Carolina, as part of its recent campaign to prevent 1,600 nurses from forming a union.

Using these and other tactics, consultants claim overwhelming success rates in preventing unionization, often 95% or higher. While it’s impossible to empirically verify these claims, most labor relations researchers believe they are highly effective.