Replacing Workers Has Many Costs

The labor market is changing rapidly with the onset of the coronavirus pandemic. 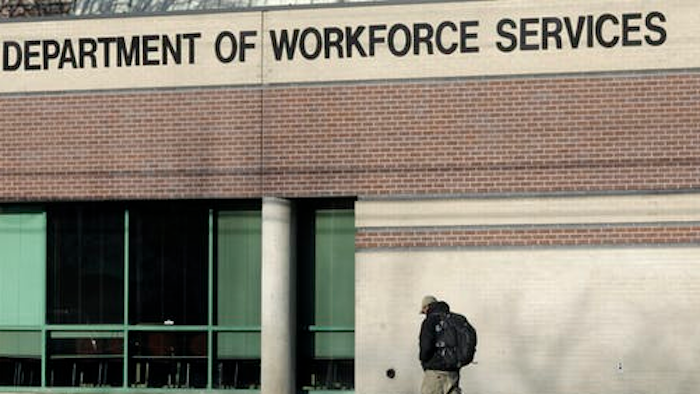 By mid-April, more than 10% of employees in the U.S. had lost their jobs.
AP Photo/Rick Bowmer

Many organizations are laying off almost all of their workers, while others are considering which workers to lay off, which to furlough and which to keep. Alternatively, some are expanding their labor forces.

When the economy starts to open up again, employers will need to consider rehiring or replacing workers, or hiring workers with a different mix of skills. The cost of replacing an employee is high for employers, and being out of work is harmful for workers, who may be replaced with artificial intelligence or contractors and risk losing their skills.

I’m an expert in labor economics, and my work with a colleague investigates the increase in people engaging in alternative work arrangements such as contract or gig work, along with the implications such jobs have for all workers’ well-being.

There is no denying that the U.S. was experiencing a tight labor market and a low rate of unemployment before the coronavirus pandemic took hold. For some fields, particularly health care and services deemed essential by local governments, the labor market continues to be tight.

A sudden massive loss of demand for their goods and services is forcing companies to make quick decisions, and some employers may underestimate the cost to replace good employees. Knowing these costs may encourage them to keep more of their workers on the payroll.

Where are the costs?

There are costs involved in losing a worker and replacing them, such as completing paperwork when they leave, advertising the open position, reviewing resumes, interviewing candidates and training the new worker.

Once a new worker is hired, others must also spend time training them, and it will take some time for the new worker to achieve the same level of productivity as the worker who left.

Another cost is the loss in social capital. Social capital is the relationships between individuals at work that take time to build and add to the productivity of the firm.

The Society for Human Resource Management found that departures cost about one-third of a worker’s annual earnings.

The Center for American Progress drilled in deeper. They found the costs of replacing workers who earn less than US$30,000 per year to be 16% of annual salary, or $3,200 for an individual earning $20,000 per year.

The much higher cost for replacing CEOs is partly due to the fact that they require higher levels of education, greater training, and firms may lose clients and institutional knowledge with such turnovers.

This high cost of losing and replacing workers has important implications for organizations, consumers and workers, especially now with an estimated 15 million unemployed.

For those workers where the costs to replace them are high, firms will try to accommodate them. Strategies may include maintaining pay, increasing benefits and retraining. These actions are also costly, so firms will weigh them against the cost of simply hiring new workers.

This means businesses face high costs to replace workers in the future, and high costs to retain current workers, leading to higher costs for consumers who buy the firms’ goods and services.

While the above consequences might sound great for workers that organizations choose to keep, these are not the only ways in which firms can respond.

The high cost of replacing workers, along with the increased uncertainty about the economy may cause businesses to use more automation and robots. Though such switches may entail a significant upfront cost, once they are made the firms then have more control over their production processes.

Another alternative for firms is to hire fewer permanent employees and turn instead to contract workers. With contract workers, employers are not responsible for benefits, and they can more simply increase or decrease the number of workers as needed.

While this may increase employment for some workers, it will decrease it for others and it has serious implications for the availability of health and pension benefits as well as unemployment benefits, as the current crisis has revealed.

Businesses might also consider limiting the scope of what some workers do to limit the cost of replacing them. If the scope of a worker’s job is limited, then fewer areas will be impacted by the individual leaving, and the costs to train a replacement will be lower. For workers, however, it means fewer opportunities to gain experience.

For example, instead of training workers on several or all parts of the production process, the business may limit them to one specific aspect. It will then be less costly for the firm to replace them and the worker will have less experience to add to their resume. This also means less bargaining power for employees.

Some win, but others lose

The high cost of losing and then hiring new workers along with increased restrictions on hiring nonresidents might mean higher wages and increased benefits for some workers.

However, the high degree of uncertainty in the current labor market, along with the potential increase in contract workers and automation means that some workers will not realize these potential gains, and all of us as consumers will most likely end up paying higher prices for the goods and services we buy.

This article is republished from The Conversation under a Creative Commons license. Read the original article here: https://theconversation.com/replacing-workers-has-many-costs-130519.