Pandemic-related incidents have delivered a stark reminder that manufacturing capabilities matter — not only to fuel the economy in good times but to keep it functioning in crisis. 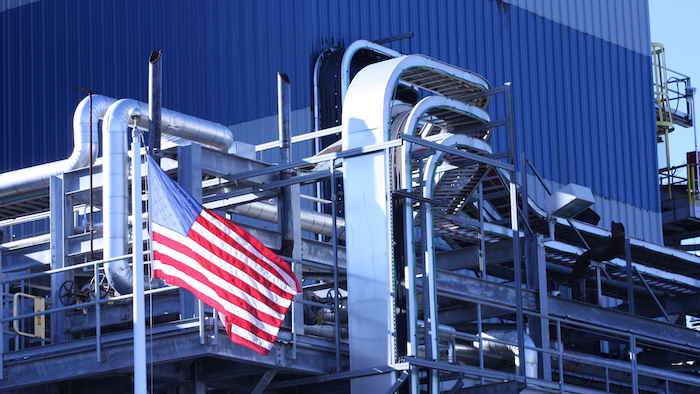 Last year, U.S. hospitals found themselves in a desperate scramble for ventilators and protective gear. This year, instead of ramping up to meet resurgent demand, U.S. automakers have been shutting down production lines due to a shortage of semiconductor chips.

These incidents have delivered a stark reminder that manufacturing capabilities matter—not only to fuel the economy in good times but also to keep it functioning in moments of crisis.

The decline of U.S. manufacturing has long been a jobs issue. But now gaps in the industrial base have become serious vulnerabilities. Thousands of smaller manufacturers have shuttered in the past two decades, leaving gaps in domestic supply chains and capabilities. The United States has become more dependent on imports—even for goods that are critical to national security, infrastructure systems, or the smooth functioning of key industries, as a 2018 Pentagon report warned. The supply chain disruptions of the past year led President Biden to order an immediate review of the nation’s supply chains.

While public officials are focused on manufacturing’s implications for security and emergency preparedness, the lack of a healthy domestic supplier base has caught up to large U.S. firms, hindering their ability to meet demand growth, or bring innovations to market. These large manufacturers are looking to regionalize supply chains to reduce risk exposure and deliver goods on a dime, but now some report that they can’t find any suitable domestic suppliers to work with.

In industries like electrical equipment and metals, almost a quarter of plants have been shuttered since 1997.

Tiny chips illustrate the huge stakes. Advanced semiconductor chips power everything from your smartphone to advanced military aircraft, and the United States needs a steady supply at competitive prices. But a leading-edge semiconductor fab can cost $20 billion to build. Then it can take two to three years to ramp up production and longer to break even.

These hurdles have led the U.S. to focus on chip design but let most actual production go elsewhere. Its share of global production capacity has fallen from 37 percent in 1990 to 10 percent today, falling behind in the ability to produce the next generation of 7- and 5-nanometer chips in the process. The nation can usually import the difference in what it needs—until the day it can’t. Although U.S. shares of global manufacturing GDP, output, and exports all stabilized during the most recent decade, the trade deficit in manufactured goods more than doubled, reaching $833 billion.

A similar story is playing out with lithium ion batteries. China has dozens of “giga-factories” turning out batteries, compared with only a handful in the United States. There is a real risk that the U.S. will miss out on one of the most important product categories of the next decade.

Our latest McKinsey Global Institute research highlights the fact that the largest U.S. manufacturers deliver consistently higher returns to investors than their international peers. But doing so has taken a toll on growth metrics, wages, and the health of small suppliers. It has also meant that the U.S. sector as a whole has entered a period of revolutionary technological change in a defensive posture, hesitant to invest in upgrades and make big bets on the future.

That state of affairs is no longer tenable—not only because of the downside risks but because there are huge market opportunities waiting to be seized and new innovations to harness. Past efforts to revitalize U.S. manufacturing, while well-intentioned, have not added up to a cohesive strategy. Federal agencies and state and local governments have poured more than $85 billion into thousands of fragmented initiatives over the past decade.

Spurring change on all of these fronts will require an overarching strategy and better coordination to avoid creating a maze of individual initiatives that struggle to gain traction. The scale of what is needed will take ample private investment, plus public spending to seed the ground and fill in the gaps where returns are not there. Capital will need to flow to hundreds of thousands of small and medium-size suppliers that need to modernize.

For all of its pain, the pandemic might turn out to be the kind of watershed moment that grants permission to tear up the old rulebooks and try something new. It’s a now-or-never moment to regain capabilities and market share before they are lost forever. This is a moment to change the existing trajectory of U.S.  manufacturing, giving the nation a powerful tool for economic recovery and the assurance that it will be better prepared next time the unexpected strikes.

Katy George is a senior partner at McKinsey & Company, where Eric Chewning is a partner. They are coauthors of a new McKinsey Global Institute report, Building a more competitive US manufacturing sector

The pandemic has forced numerous distributors to downsize their operations and operate as lean as possible. Here, we chat about the difficulties in doing more with less.
Apr 29th, 2021
Follow Us
Most Recent