The November Fastener Distributor Index — operated by FCH Sourcing Network in partnership with R.W. Baird — was posted on Thursday, showing its most precipitous drop in more than three years and falling into contraction territory.

Following a 3.9-point drop from September-to-October, the FDI fell even more sharply from October-to-November, sinking 5.4 points for November's reading, seasonally adjusted. It was the index's biggest one-month drop since July 2016 during that year's oil & gas downturn.

The FDI's Forward-Looking-Indicator (FLI) — measuring distributors' outlook for the next six months — gained a modest 2.3 points from October to a mark of 46.5, still indicating overall pessimism.

"Sales trends on a seasonally adjusted basis were significantly  weaker m/m, with a majority of respondents’ sales below expectations," commented R.W. Baird analyst David J. Manthey. "The six-month outlook was modestly  improved, however, and the FLI was also slightly better. Overall, November fastener market conditions were soft following a string of four relatively solid months, but respondents’ implied December forecasts are for better demand conditions given an improved (albeit still sub-50) FLI."

The index had been in expansion territory for 20 consecutive months before dipping to 48.3 this past June.

The FLI, measuring distributors' outlook for the next six months, bumped up 0.2 points from September, but was the sixth-straight month in notable contraction range.

"October remained stronger than many expected, firmly in expansion territory at 52.1," FCH managing partner Eric Dudas told Industrial Distribution. "Offsetting the positive news, this is amid clear signs of contraction and an overall softening outlook as shown in the weak FLI, which came in at 44.2." 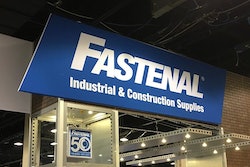 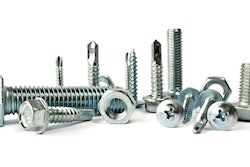