The company’s earnings were up more than 86%.

DXP Enterprises said its sales in the third quarter of the year were up 33% compared to the same period last year in its fiscal report disclosed Wednesday, enough to set a new record for the company.

The Houston distributor said sales rose from $290 million to $387 million over that span, while net income climbed from $7 million to more than $13 million. Adjusted EBITDA rose from $19 million to $34 million and earnings per diluted share jumped from $0.36 per share to $0.67 per share. Gross profit increased from $87 million to $112 million year-over-year.

DXP Chairman and CEO David Little attributed the growth in sales to the company’s expansion into new markets, as well as its product portfolio and customers’ environmental projects. He also noted that all three of the company’s business segments saw increases during the latest quarter.

CFO Kent Yee added that the company expects to wrap up the year “with strong momentum.”

“We continued to have strong organic growth within supply chain services, solid organic growth in service centers, and a meaningful increase in innovative pumping solutions,” Little said in a statement. 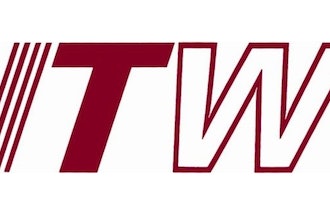