Metalworking and MRO products distributor MSC Industrial Supply kicked off the first quarterly earnings reporting period for industrial distributors on Wednesday, and its results hint that market conditions continue to improve, but are still pre-pandemic levels.

For its 2021 first quarter that ended Nov. 28, 2020, MSC reported total sales of $772 million, down 6.3 percent year-over-year overall, with average daily sales down by that same amount. Sequentially, that compares with Q4 2020 sales of $748 million that were down 11.3 percent overall and down 12.7 percent on an average daily basis.

MSC said that Q1 safety and janitorial product sales jumped at about 20 percent year-over-year. Sales for the rest of the business were down year-over-year, but improved sequentially each month.

“Our fiscal first quarter reflected building momentum for our Mission Critical initiative against the backdrop of a challenging but improving environment," said Erik Gershwind, MSC president and CEO. "We saw continued sequential improvement in sales of non-safety and non-janitorial product lines, while sales of safety and janitorial products, anchored by our PPE program, grew roughly 20 percent. That momentum continued into December, which we forecast at 2.4 percent growth over prior year."

Gershwind added that the company made solid progress against its growth initiatives and saw strong execution on pricing and purchasing that yielded a 30-basis point sequential improvement in gross margin in the quarter despite a headwind from some large PPE sales.

MSC CFO Kristen Actis-Grande noted that MSC's Q1 reporting margin was significantly impacted by a $26.7 million asset impairment charge resulting from uncertainty over the company's ability to secure deliveries of nitrile gloves that it prepaid for in September, but has not yet received. "We are, of course, pursuing all possible paths to either secure the gloves or a refund of our payments," Actis-Grande said.

On Dec. 3 — three days after MSC's Q1 ended — the company announced that it plans to relocate its Long Island Customer Support Center to a much smaller facility near its headquarters in Melville, NY. The newly-leased facility is about 26,000 square feet, compared to the 170,000-square-foot facility that the company plans to sell. 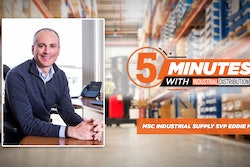 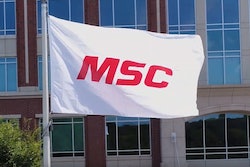 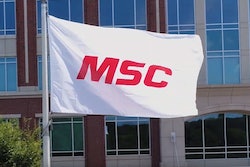 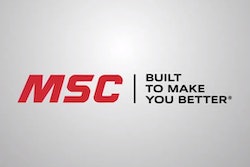