Our readers get real about pay, benefits and fears for the future amid the COVID-19 pandemic. 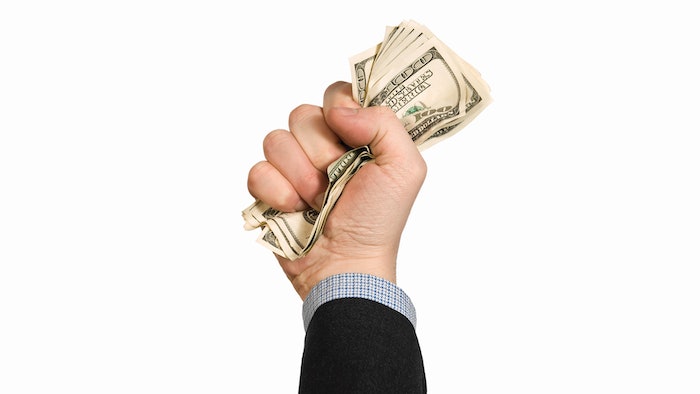 Never have wages been more top-of-mind than amid the COVID-19 economy. Businesses have struggled to maintain headcounts as widespread shutdowns have sent a once-thriving workforce into layoff territory. The dramatic turns brought on by the virus make it easy for us to forget that things weren’t exactly perfect heading into it. As economists began warning of an impending recession, many businesses began to approach planning with reserve. In our market, segments like oil & gas have intermittently dragged on the balance sheet of some distributors. Adding to that, overall industrial demand has been soft for a year or more, resulting in a mixed bag for many distributors before the virus even reared its ugly head.

As one of our many annual reports, we use our Industrial Distribution Salary Report as a way for the industrial distribution workforce to assess their compensation in comparison to direct peers. Its only one piece of the overall puzzle, but as distributors consistently rank employee retention as a top priority, observing their insights can shine some light on larger strategy requirements for an organization looking to keep top talent in-house.

Distributed via email, the 2020 Industrial Distribution Salary Report divides survey respondents into three separate categories based on where they identified their specific job functions. The following results are based on three separate sets of data from Executives (Owner, Chairman, CEO, CFO, CIO, COO, President or VP); Mid-Level (non-sales) Management (Product, Operations, Branch and/or Purchasing); and Sales Representative/Manager. This year’s split of over 400 respondents came at 37 percent executives, 25 percent mid-level management and 38 percent sales rep or sales management. Though this is a long-standing survey, it was not conducted in 2019 during Industrial Distribution’s transition to a new publisher.

Eighty percent of respondents who identified themselves as “Executives” are older than 50, and their high wage rate is likely a reflection of position, experience and also education. This is also the least gender-diverse job category, with women representing only 7 percent of this pool. 75 percent of these respondents possess a college degree or higher, and it’s also the group most likely to hold an advanced degree.

This year’s group of executives report an average pay rate of $173,000. Add to this additional compensation in the form of bonuses, commissions and retirement contributions, and this group’s total pay package comes in at an average of $266,000. Our 2018 respondents pool reported a total compensation package of $297,000, though it was weighted more heavily towards variable pay like bonuses. In 2017, the executive pay package was $287,000 and, in 2016, $279,000.

It’s clear that many distribution businesses have been pulling back even prior to the pandemic, which has likely influenced the changes in variable compensation at the top end of these organizations. Despite this, the executive management group, as a whole, is the one most satisfied with their pay, with 84 percent telling us they felt they were fairly compensated.

Executive-level respondents were the most likely to identify any downward trends in pay as “taking one for the team” amid crisis. “As an owner I took a voluntary cut for the good of the company,” detailed one executive. Added another, “As an owner I need to be concerned with overall payroll and monitoring cash flow.”

64 percent of our middle management group say they possess a college degree or advanced degree. This group also includes the most women, at 24 percent, and more than half are age 50 or younger. Only 38 percent of the full pool of survey respondents fit in this age group, with the predominant number between age 51-60 (32 percent) or 60+ (30 percent).

This year’s group reports an average base salary of $91,000, with their total compensation package — including bonuses and commissions, etc. — averaging $123,000. This is a fairly consistent result compared to 2018’s total pay package reported ($128,000) and 2017’s ($119,000). If taken at face value, this representative group suggests significant salary increases occurred primarily between years 2014 and 2016, where total compensation shifted from an average of $107,000 to an average of $122,000. It’s stayed within five percent of that since.

Distribution company middle managers are the group in our survey respondents most likely to feel dissatisfied with their compensation. While more than 8 in 10 executives said they were happy with their pay, only 63 percent of mid-level management said the same. In fact, mid-level managers were also less happy than their colleagues in sales, despite typically bringing home more money.

The average mid-level manager has worked for their company for nearly 15 years. For those who feel their compensation warrants review, it’s primarily because they feel they’ve taken on more responsibility but no added pay. One respondent cited “more undefined roles and an increased workload/responsibilities with no substantial increase in pay.” Another suggested “too many jobs for one person; too many hours” as the reason they found their compensation to be inadequate.

The respondents within our sales and sales management category are, again, predominantly men (86 percent), though they represent a diverse age range, with 43 percent in their 40s or younger.

The overall pay package for sales representatives and sales managers — including base salaries + bonuses and commissions — was recorded at $109,000, which is consistent with the figures reported in 2018 ($107,000) and 2017 ($109,500), indicating wages have been flat in this job category.

That said, 72 percent of sales and sales management personnel who took our survey say they believe they are fairly compensated. It’s possible that the more commission-oriented pay structure gives team members with these roles the feeling that they have more control over their compensation. Despite this, they also had varied feedback on their current situation:

One respondent reminds of a chronic problem, and not just in our industry: Salaries tend to be impacted when there is a downturn, but there are “no adjustments when the company does well.” And for those companies who employ the 39 percent of overall survey respondents who said they received a raise last year, the opposite needs to be considered: it’s critical to find ways to support employees during the lean times when cash isn’t as readily available.

This is compounded by the fact that 71 percent of our survey respondents say their job responsibilities have increased in the past year, leaving some feeling frustrated. “(My) compensation does not match overall responsibilities, and peers are better compensated,” said one executive.

Overall, 68 percent said they feel they are fairly compensated, which is down four percentage points since 2015. But that doesn’t paint the whole picture. More executives returned our survey this year than did five years ago — representing a larger segment of the overall group this year by a full ten points — and the executive category has traditionally been more satisfied with their compensation. This may skew the overall results, further widening the gap between satisfied individuals in 2015, and those still satisfied today.

So what are these employees looking for? For many, it comes down to recognition and acknowledgment. One respondent detailed feeling “constantly disrespected” despite 30 years of experience. Reassurance could also go a long way. This year’s survey deployed at a time where many businesses have significant concerns about the future. It’s no surprise, then, that these concerns have permeated their organizations. Of our survey respondents in all job categories, 41 percent expressed concerns that they could see a reduction in pay or benefits over the next 12 months. An additional 21 percent said they weren’t sure. Fears of future cuts could be compounding dissatisfaction during an already-stressful time, and businesses should be deliberate about taking the pulse of their workforce during this time — especially when remote work reduces face-to-face touch points and, in many cases, communication overall. Salary, after all, is only one piece of the overall puzzle.

See the print version of this feature here in ID's July/August digital edition.