Egypt plans to widen and deepen the southern part of the canal, where a stuck vessel closed off the crucial waterway in March. 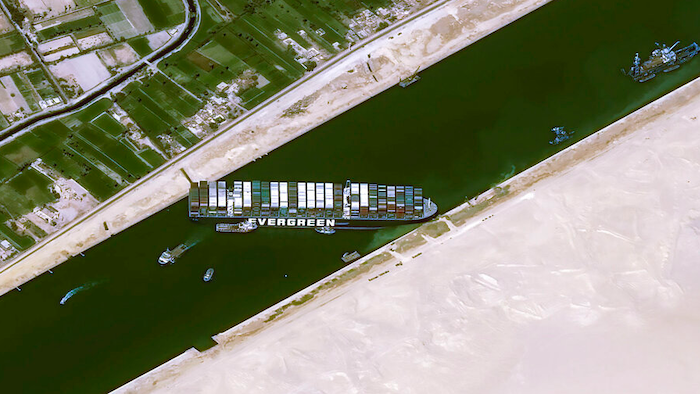 CAIRO (AP) — Egypt on Tuesday announced plans to widen and deepen the southern part of the Suez Canal where a hulking vessel ran aground and closed off the crucial waterway in March.

The head of the Suez Canal Authority, Lt. Gen. Osama Rabie, announced details of the plan in a televised ceremony in the canal’s city of Ismailia. Egyptian President Abdel-Fattah el-Sissi and top government officials attended the ceremony.

The plan includes widening the canal’s southernmost stretch by about 40 meters (yards) to the east, on the side of the Sinai Peninsula, Rabie said. That segment would also be deepened to 72 feet, from the current 66 feet in depth. That part of the canal is 30 kilometers (18 miles) long.

The plan also includes a 10-kilometer-long extension of a second lane of the waterway that opened in 2015. That would bring the double-lane stretch of the canal to 82 kilometers, or 60 miles, allowing more vessels to pass through the canal.

The Ever Given, a Panama-flagged, Japanese-owned ship, had ran aground in the single-lane stretch of the canal on March 23 before it was extracted six days later after a massive salvage effort by a flotilla of tugboats.

The vessel is still held in the canal's Great Bitter Lake amid a financial dispute between its owners and the Suez Canal Authority.

The six-day blockage disrupted global shipment. Some ships were forced to take the long alternate route around the Cape of Good Hope at Africa’s southern tip, requiring additional fuel and other costs. Hundreds of other ships waited in place for the blockage to end.