The administration named 3M and six other companies in the DPA, and later lashed out at 3M on Twitter. 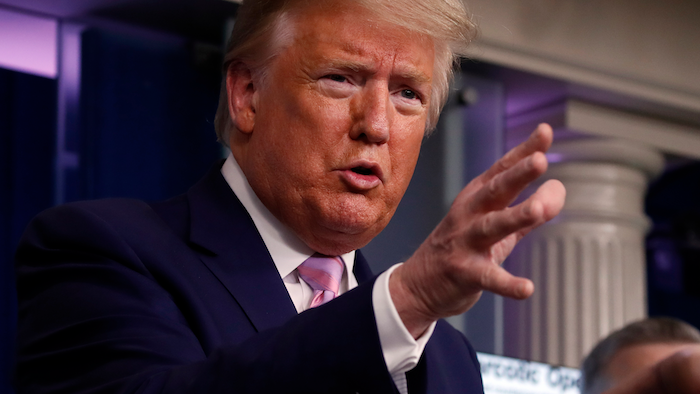 President Donald Trump speaks about the coronavirus in the James Brady Press Briefing Room of the White House in Washington on Wednesday, April 1.

President Donald Trump announced Thursday that he was invoking the Defense Production Act to aid manufacturing companies that are shifting their operations to produce respiratory ventilators for COVID-19 patients.

Trump and the White House named 3M and six other companies the order will cover, and the President later lashed out at 3M on Twitter late Thursday in a vague criticism of the company’s production response to the pandemic.

“Moments ago, I directed Secretary Azar and acting Secretary Wolf to use any and all available authority under the Defense Protection Act to ensure that domestic manufacturers have the supplies they need to produce ventilators for patients with severe cases of Covid-19,” Trump said at his Thursday press conference.

A memo from the White House said the order authorizes the US Health and Human Services Secretary to help facilitate the supply of materials needed to produce the ventilators at manufacturers General Electric, Hill-Rom Holdings, Medtronic, Resmed, Royal Phillips N.V. and Vyaire Medical.

A separate memorandum on the Defense Production Act (DPA) Thursday states that the Secretary of Homeland Security is authorized to use all authority under the DPA to acquire the number of necessary N95 respirators from 3M and any of its subsidiaries.

At a Thursday White House briefing, Trump said he had signed a DPA for 3M to produce face masks, adding, “Hopefully they’ll be able to do what they are supposed to do.”