The November to December drop was only the fourth time in the program’s 23-year history that a year didn’t end with an uptick. 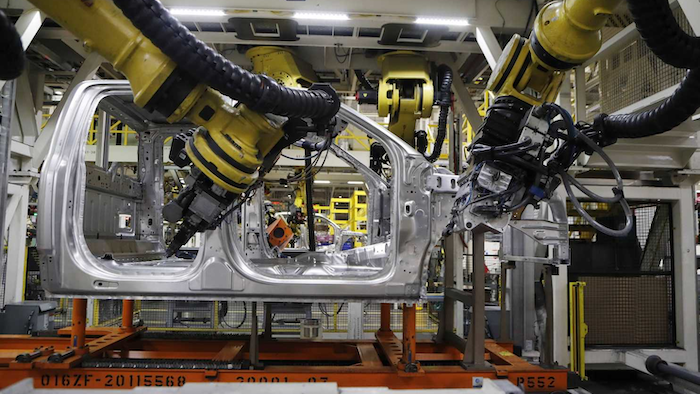 U.S, manufacturing technology orders posted $443 million in December, down 2 percent from November and 6 percent from December 2017. The year-end order total for 2018 was $5.5 billion, up 19 percent from the annual sum for 2017. The November to December drop was only the fourth time in the program’s 23-year history that a year didn’t end with an uptick in orders from November.

“We just finished a fantastic run up in manufacturing technology orders during 2018 with most analysts looking for good growth in units and modest growth in revenue in 2019,” says Doug Woods, president of AMT. “While our market looks healthy now, there are concerns that trade issues and slower manufacturing technology markets abroad will create headwinds in the U.S. later in the year.”

December orders fell by a modest amount which negatively impacted most industries. Aerospace and Engines and Turbines placed a third or more orders than in November. The Forging and Stamping industry had a very good second half of 2018 posting month-on-month increases in orders for the last three months. Surprisingly, Government and Defense orders were also up in December, perhaps in anticipation of a prolonged government shutdown evenly spread across almost all industrial sectors.

Geographically, the Northeast and West were the strongest markets in December, each posting single-digit gains over November levels. Aerospace and Engines and Turbines held up market levels in what would have been a lackluster month for the Northeast region otherwise. The West held on to a gain in December thanks to the Auto and Stamping and Forging industries. The Northcentral East continues to generate the largest amount of orders, but its share has dropped significantly in the past three years. The Northcentral West is the second largest region by dollar volume followed by the Northeast.

Most of the key indicators for manufacturing were not available for December due to the government shut-down. Those that were available point to continued growth, but at a slower pace in 2019. The Purchasing Managers’ Index was up 2.3 points to 56.6 in January indicating continued expansion in the manufacturing sector. Light vehicle sales were at about a 17 million annual rate as we started 2019 and the Bureau of Labor Statistics published an astounding 304,000 newly-employed in January. The figure was nearly twice as large as expected. Industry executives continue to be concerned about the trade war with China.

While all agree that something needs to be done to eliminate the theft of IP and leveraging U.S. corporations for investment dollars and trade secrets for access to China’s enormous market, the question is whether the current strategy is doing more harm to U.S. businesses than Chinese companies. The outlook for the manufacturing technology market remains positive as analysts' preliminary outlooks suggest a 5 to 10 percent growth in orders during 2019.