Approximately 75 percent of requests to sidestep tariffs have been approved, but patterns are hard to spot. 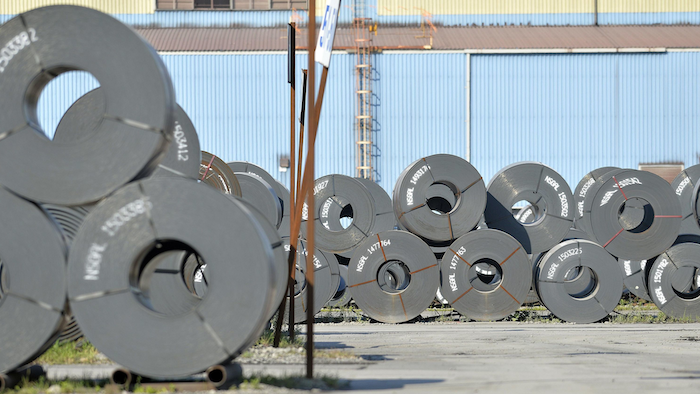 As the one year anniversary of Trump administration tariffs on foreign steel approaches, some sectors of the U.S. steel industry are raising concerns about inconsistent enforcement of the policy, The Wall Street Journal reports.

Despite hardline rhetoric coming out of the White House, the Journal notes approximately 75 percent of requests to sidestep tariffs have been approved by the Department of Commerce. The exceptions amount to around 3.8 million tons of steel. Through the end of November, that accounts for 16 percent of foreign steel imports.

Some companies among the 25 percent of requests that haven’t been granted are starting to agitate about a perceived unfairness or at least inconsistency in the process.

U.S. Metals, based in Houston, says it has filed over 350 requests for exclusion. Only seven have been approved, and the company maintains it was given no explanations from the feds about the rejections.

“The whole process is a nightmare,” Amanda Pitts, who works in logistics for U.S. Metals, tells the Journal.

The Department of Commerce insists the process is equitable, but steps have also been taken to both speed the process of reviewing exclusion requests and to create an administrative apparatus to allow applicants to appeal decisions. Over 500 denials were reversed in December alone.

Even companies granted exclusions pay a price for engaging in the process.

“Those companies are very active in working on minimizing the tariffs, but the time and energy in developing these strategies are costly,”  Miles Hansen, president and CEO of World Trade Center Utah, explains to The Salt Lake Tribune. “Even so, eventually no one will be able to avoid the costs of the tariffs.”

For now, the administration is standing firm on the tariffs. The New York Times reports U.S. Trade Representative Robert Lighthizer attempted unsuccessfully to ease tariffs on Mexico and Canada as a revised trade agreement was hammered out in the fall. The president refused.