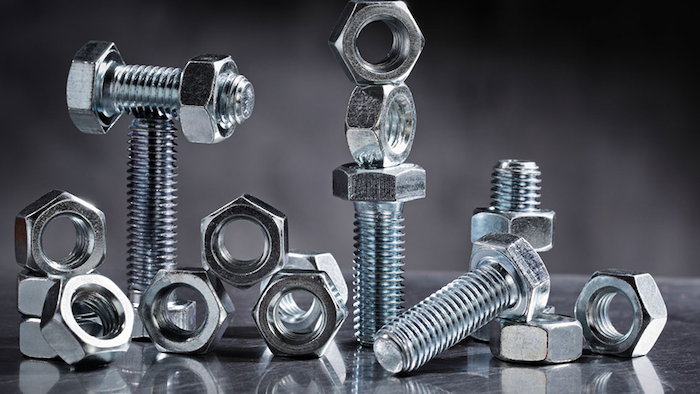 The seasonally-adjusted May FDI showed a mark of 62.3; up 5.9 percentage points from May, up 1.4 points year-over-year and its best since August 2017's 62.7. Before June, the FDI had declined in five out of the previous seven months.

For all indexes, any reading above 50 indicates expansion, while any reading below 50 indicates contraction. June's reading indicates strong expansion for fastener distributors, and at a considerably accelerated pace compared to the previous four months.

The FDI's Forward-Looking-Indicator — aimed to provide a directional perspective on future expectations for fastener market conditions — likewise had strong growth, increasing 3.2 points to a June reading of 62.0, its best since January's 64.7.

According to the FDI, 59 percent of respondents indicated sales were better relative to seasonal expectations, compared to 54 percent in May and 56 percent in April. The FDI's seasonally-adjusted sales index of 74.2 was a major increase from May's 61.2.

Looking at other FDI metrics in June:

June sentiment on demand was mostly positive. While qualitative commentary were fewer in number this survey, one respondent indicated demand remains strong, saying “RFQ’s are strong so sales will be better once we increase production so that we can decrease ship dates.” Steel tariffs and global trade remain areas of concern among several respondents, echoed by one distributor who indicated “We've been told that wire coming into the states from Canada has a 25 percent tariff on it. That's increased our cost about 7 to 8 percent on the finished good. I don't see this ending any time soon.” Quantitatively, survey data points to mostly stable momentum expected through 2018, with 44 percent of respondents expecting higher activity levels over the next six months and 41 percent expecting similar activity, although the percentage of respondents expecting higher activity has moderated every month YTD since the 76 percent recorded in January.

See the full FDI May table below: 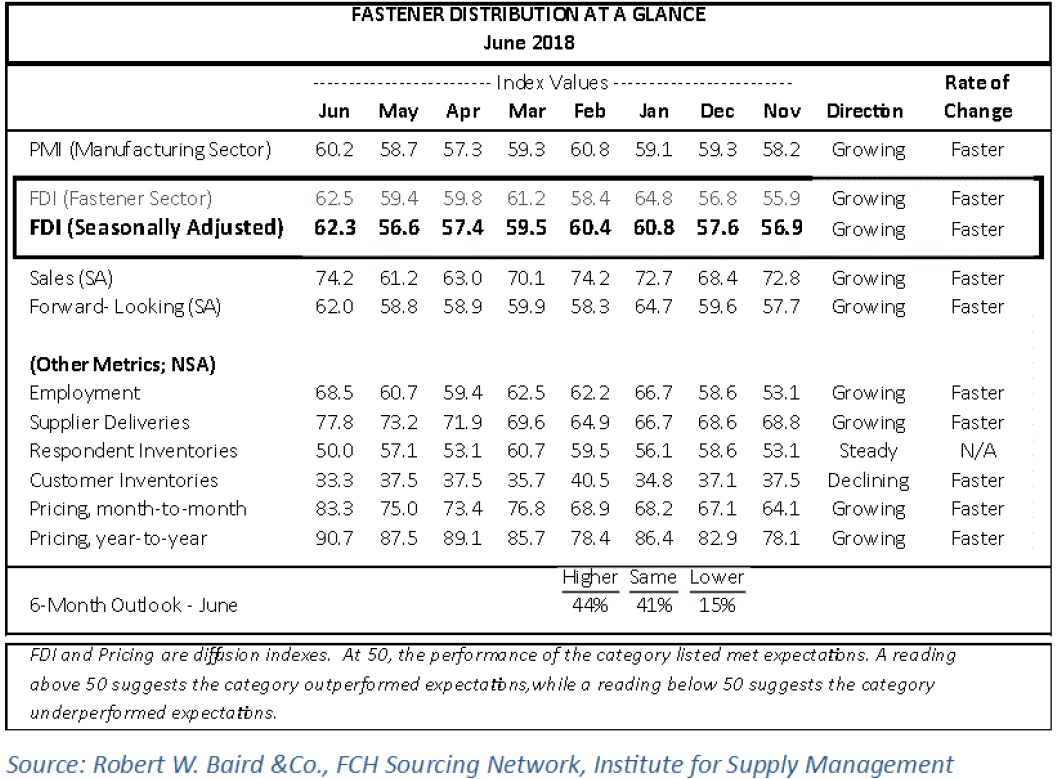