The International Monetary Fund believes the U.S. economy will post solid growth this year and next, helped by a sizable boost from tax cuts. But then it says growth will slide as huge budget deficits drag growth far below the Trump administration's goals. 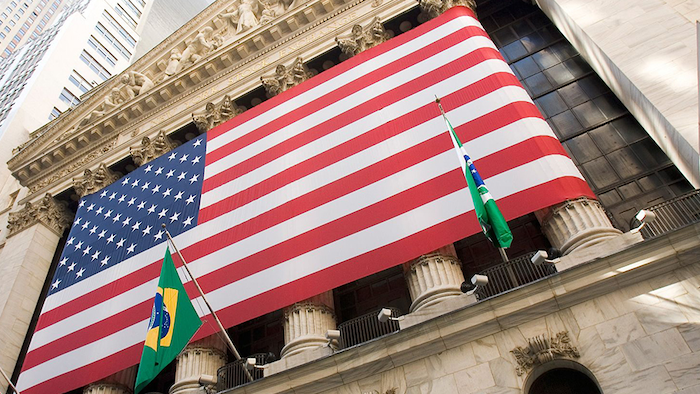 WASHINGTON (AP) — The International Monetary Fund believes the U.S. economy will post solid growth this year and next, helped by a sizable boost from tax cuts. But then it says growth will slide as huge budget deficits drag growth far below the Trump administration's goals.

In its annual assessment of the U.S. economy, the IMF says growth will hit 2.9 percent this year and 2.7 percent next year. Both are significant increases from last year's 2.3 percent expansion. However, after an initial boost from the $1.5 trillion tax cut package, the IMF forecasts growth will slow steadily in future years, dropping to 1.4 percent in 2023.

This forecast is far below the Trump administration's predictions of 3 percent or better growth in coming years.

The economic growth, as measured by the gross domestic product, that the IMF is forecasting for this year would be the fastest pace since a similar gain in 2015. That gain stood out in what has been the weakest economic recovery of the postwar period, with annual GDP growth averaging just slightly above 2 percent.

During the 2016 presidential campaign, Donald Trump pledged to double the growth rates with a program of tax cuts, deregulation and tougher enforcement of U.S. trade laws. Since taking office, Trump has often pointed to recent GDP gains as proof his economic program is beginning to work.

The IMF review lays out a less optimistic path, forecasting that GDP will grow 1.9 percent in 2020, then gradually slow to 1.4 percent in 2023.

"Despite good near-term prospects, a number of vulnerabilities are being built up," the IMF said.

The report said that with the tax cuts and expected increases in defense and domestic programs, the federal budget deficit as a percentage of the total economy will exceed 4.5 percent of GDP by next year — nearly double what it was just three years ago.

This big boost in the U.S. government deficit is "quite rare," the IMF said. It has not been seen since in the United States since President Lyndon Johnson in the late 1960s boosted spending on the Vietnam War at the same time it was adopting the Johnson's Great Society programs.

The IMF said this stimulus will provide a near-term boost, but it will also increase future risks including exacerbating the "already unsustainable" rise in government debt. The IMF projected the level of the federal government's debt will exceed 90 percent of GDP by 2024.

This report said the current policies will elevate future risks by increasing the government's debt burden. The IMF suggests that to trim future deficits, the US may need to take politically painful steps such as trimming Social Security benefits and imposing higher taxes on consumers.