The U.S. economy, bolstered by business investment, grew at a solid annual rate of 3 percent in the third quarter. It marks the first time in three years that growth has hit at least 3 percent for two consecutive quarters. 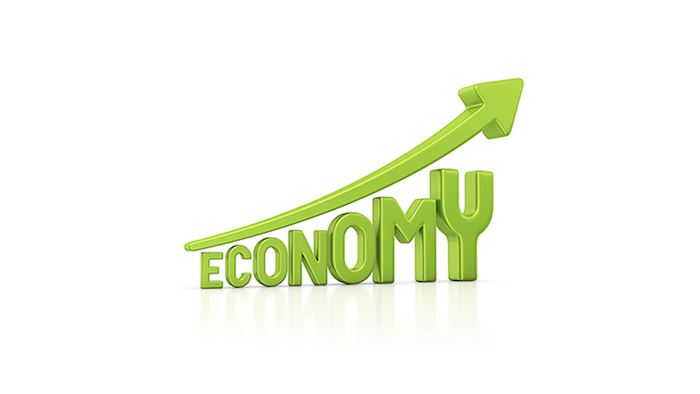 WASHINGTON (AP) — The U.S. economy, bolstered by business investment, grew at a solid annual rate of 3 percent in the third quarter. It marks the first time in three years that growth has hit at least 3 percent for two consecutive quarters.

The Commerce Department reported Friday that the July-September advance in the gross domestic product — the country's total output of goods and services — followed a 3.1 percent rise in the second quarter. It was the strongest two-quarter showing since back-to-back gains of 4.6 percent and 5.2 percent in the second and third quarters of 2014.

The economy accelerated this summer despite the impact of hurricanes Harvey and Irma, which many private economists believe shaved at least one-half percentage point off growth.

The third quarter performance was certain to be cited by President Donald Trump, who pledged during last year's campaign that his economic program would boost growth from the anemic 2.2 percent averages seen since the country emerged from the Great Recession in mid-2009. Trump during the campaign said his policies of tax cuts, deregulation and tougher enforcement of trade laws would achieve growth of 4 percent or better, though his first budget projects growth hitting 3 percent in the coming years.

Private economists believe even 3 percent annual gains will be hard to achieve for an economy facing a slowdown in productivity and an aging workforce.

Paul Ashworth, chief U.S. economist at Capital Economics, said the stronger-than-expected report showed that the hurricanes ended up having "little lasting impact on the economy."

He said he was looking for growth of 2.1 percent this year and assuming that the Trump administration is successful in getting at least a modest tax cut measure through Congress, growth in 2018 could accelerate to 2.5 percent. But he said continued increases in interest rates by the Federal Reserve will likely trim growth to just 1.5 percent in 2019.

Harvey made initial landfall in Texas on Aug. 25, and Irma hit Florida on Sept. 10. The government said while various activities from oil and gas refineries in Texas to farming in Florida were affected, it could not break out an estimate of how much the hurricanes had decreased growth.

However, private economists have estimated that the storms sapped anywhere from one-half percentage point to 1 percentage point from growth. Analysts believe much of the lost output will recover as rebuilding begins.

In the third quarter, consumer spending slowed slightly to 2.4 percent from a sizzling 3.3 percent in the second quarter. The slowdown was offset to some extent by a strong 8.6 percent gain in business investment in equipment and an increase in business rebuilding of inventories, which added 0.7 percentage point to third quarter growth.

Other areas of the report showed weakness. Government spending fell for a third straight quarter, dropping 0.1 percent. Residential construction fell at a 6 percent rate following a 7.3 percent rate of decline in the second quarter. But trade added 0.4 percentage point to growth as exports grew at a 2.3 percent rate while imports fell 0.8 percent.

Many analysts believe growth in the current quarter will come in around 2.7 percent.

The House on Thursday gave approval to a Republican-proposed budget that would provide for $1.5 trillion in tax cuts over the next decade. Administration officials have said the tax cuts will spur faster growth and the faster growth will erase much of the cost of the tax cuts. Democrats and many private economists have challenged that forecast.