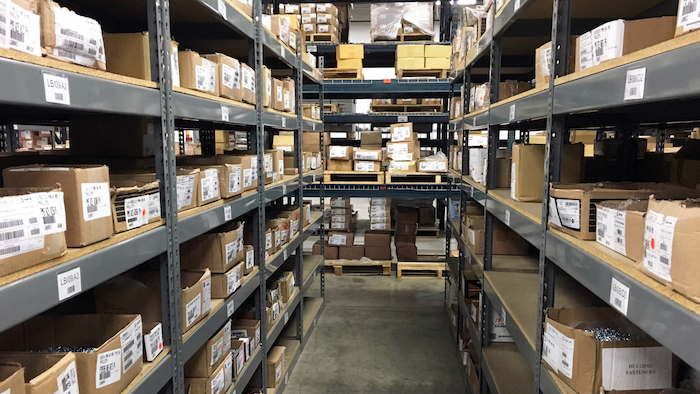 The Distributor Index increased 1.2 percentage points in September to a reading of 72.4 — its highest mark since September 2014 (76.8). That follows an August 10.1-point jump.

ISA's Manufacturer Index followed a 10.8-point August spike by falling 3.9 points in September to a mark of 63.3. It was the fourth time in five months its reading was at least 63.3.

Those two indexes follow the Institute of Supply Management's September Purchasing Managers Index (PMI) reading of 60.8 percent — which jumped 2.0 points from August to its highest reading since May of 2004. The PMI is widely considered a good indicator of the overall manufacturing economy and has much smaller month-to-month fluctuations than ISA's indexes. It was the highest PMI reading since April 2011's mark of 58.9.

For all three indexes, a reading above 50 indicates expansion, while anything below 50 indicates contraction. Thus, the ISA indexes indicate continued strong expansion for both industrial distributor and manufacturers, with distributors at an even faster rate than a month earlier while supplier expansion slowed slightly. Meanwhile, the overall U.S. manufacturing economy continues to grow as of early October. 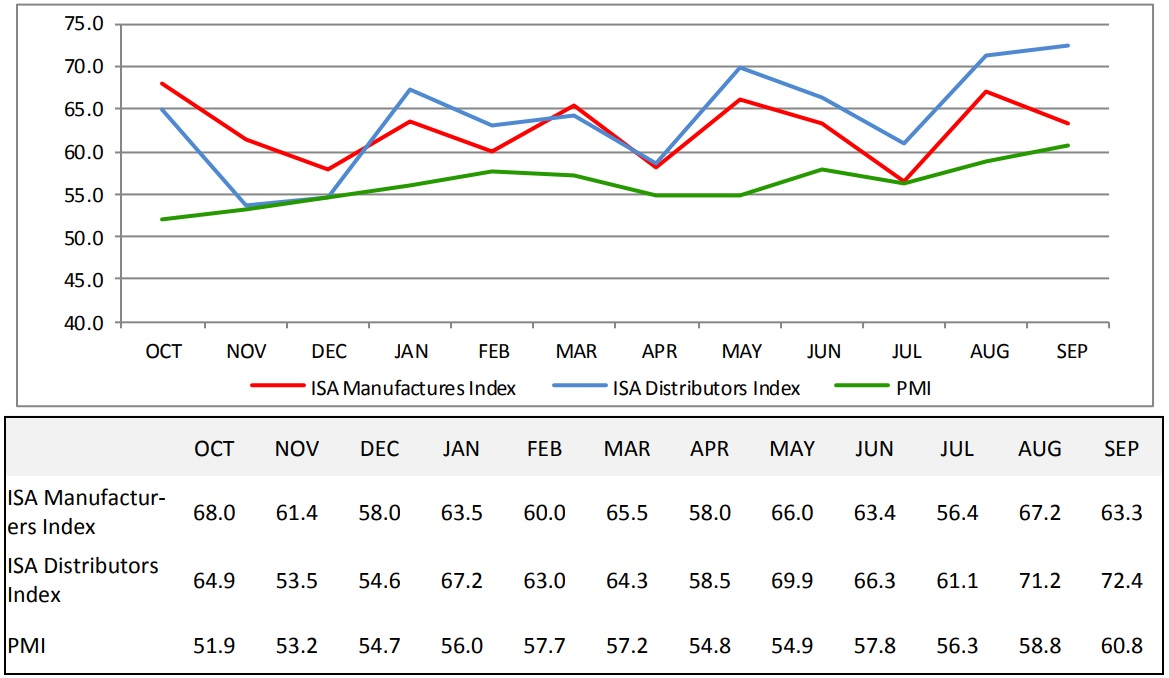 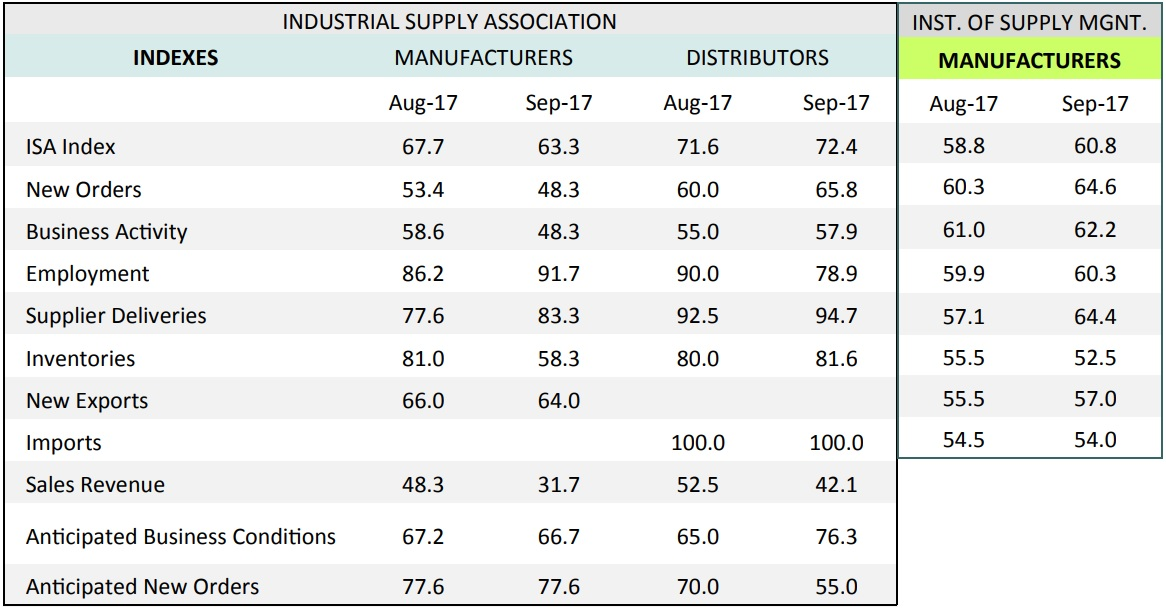 The only two distributor comments in ISA's October Economic Indicator Report were mixed:

Meanwhile, here's some from the much larger collection of manufacturer comments: