The cartel says electric cars and alternative energy will reduce demand in rich countries, but expanding economies will still rely on the fossil fuel. 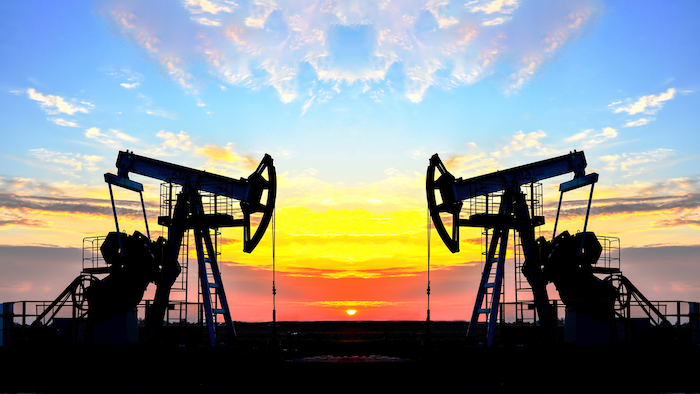 FRANKFURT, Germany (AP) — As the world's nations prepare to gather for another climate summit next month in Glasgow, the OPEC oil cartel is reminding that, in their view, crude will continue to be the leading source of energy for decades, especially as the world's less-wealthy countries seek higher growth and standards of living.

OPEC says that more electric vehicles on the road and the push for alternative and renewable energy will indeed usher in an era of declining demand for oil in rich countries.

But the energy needs of expanding economies in other parts of world will still leave oil as the world's No. 1 source of energy through 2045, OPEC said Tuesday in its annual World Oil Outlook.

The long-term report comes against the background of sharply higher oil and natural gas prices. Brent crude touched over $80 per barrel on Tuesday, a three-year high, while the U.S. oil benchmark rose to $75.92, also a three-year high. Hurricane Ida slammed into a critical port that serves as the primary support hub for the Gulf of Mexico’s deepwater offshore oil and gas industry in the U.S.

At the same time, OPEC has increased production slowly after deep cuts in 2020 during the depths of the pandemic.

"What is clear in this year’s WOO is that energy and oil demand have picked up significantly in 2021, after the massive drop in 2020, and continued expansion is forecast for the longer-term," the report said. “Global primary energy demand is expected to increase by 28% in the period between 2020 and 2045, with all energies required, driven by an expected doubling in size of the global economy and the addition of around 1.7 billion people worldwide by 2045.”

Only coal will see less use, while other sources of energy will see increasing demand, though the share will shift to include a bigger proportion for renewables, nuclear and natural gas, according to the group.

The 340-page report sketches out a future of declining demand for oil in wealthier countries that belong to the 38-member Organization for Economic Development and Cooperation, as efforts to fight climate change take hold in the form of renewables and alternative fuels in cars, airplanes and ships. It forecasts that the world's vehicle fleet would grow by 1.1 billion to 2.6 billion by the end of the report's time frame in 2045 — and that 500 million of those would be electric powered, or 20% of all vehicles.

But growing populations and expanding middle classes in the rest of the world including China and India will mean increased demand for oil between 2020 and 2045, although much of that increase will take place in the earlier part of that period, the report produced by OPEC's secretariat in Vienna said.

A key reason cited for declining energy use in the more-developed world was demography: shrinking and aging populations that usher in lower economic growth.

The report noted that growing awareness of the need to accelerate actions to address climate change have resulted in ambitious new policy intentions to reach net zero emissions by 2050. The European Union, the United States, Japan, the UK, Canada and Brazil have proposed roadmaps to meet new goals.

OPEC, however, noted “considerable doubts as to whether all these ambitious climate-mitigation commitments will be met in the proposed timeframe.” For example, the European Union in July spelled out its Fit for 55 package, in which the 27-country bloc vowed to reduce emissions by 55% from 1990 levels by 2030. OPEC said that the plan “remains exactly that for the time being, a plan, which still needs to be negotiated and agreed by all EU Member States, leaving ample scope for exceptions and watering-down.”

The UK will host the 26th UN climate change conference Oct. 31-Nov. 12 in Glasgow, Scotland, where national leaders will seek ways to reduce the emission of greenhouse gases and limit the rise in global temperatures.

How to Find Your Pink Running Shoes with Purple Laces

Join David Mantey, Curt Anderson, Damon Pistulka and Gary Bales to talk about easy e-commerce strategies for manufacturers. We'll tell you how to find your pink shoe with purple laces and fix your we-we problems (it will all make sense). Watch it now.
Nov 30th, 2021

The company assumed that U.S. workers would not be interested in temporary seasonal employment.
Nov 16th, 2021
Follow Us
Most Recent