ISM's latest monthly report pointed to a possible end to a decline in manufacturing that brought the industry's activity to its lowest point since the end of the Great Recession. 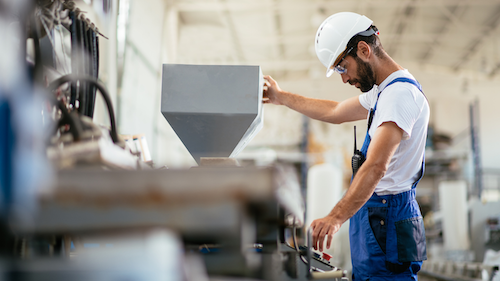 NEW YORK (AP) — Recent economic indicators point to an easier time ahead for small manufacturers and companies in the home remodeling industry.

A decline in the home repair and remodeling market that began in the first quarter of 2019 is projected to end with the third quarter of this year, according to researchers at Harvard University's Joint Center for Housing Studies. The center forecasts fourth-quarter spending on repairs and renovations will rise 1.5% from year-earlier levels.

Researchers consider several economic indicators in arriving at their forecasts, including sales of existing homes, new housing starts and sales of building materials. Homeowners tend to do renovations and repairs before or after buying or selling a home, even if they're buying a recently built home. And many companies that do home remodeling and repair are small businesses or general contractors who work solo.

Although new home sales have been weak — they fell 1.7% in November, according to the National Association of Realtors — builders are putting up more single-family homes. The Commerce Department reported housing starts rose 13.6% in November from a year earlier, and the number of building permits issued rose 11.1%.

Meanwhile, a monthly report from the Institute for Supply Management pointed to a possible end to a decline in manufacturing that brought the industry's activity to its lowest point since the official end of the Great Recession in June 2009. The ISM, a trade group for corporate purchasing executives, said its manufacturing index fell to 47 in December from 48.1 in November, a reading that indicates manufacturing is shrinking. However, the group, whose members include small businesses, said there are positive signs including higher prices.

“We've probably seen the worst of it behind us," said Tim Fiore, chair of the ISM's manufacturing business survey committee.

Manufacturers have been hurt by a slowdown in economic growth around the world and a drop in demand in the US The Trump administration's tariffs on products from China and other countries has increased prices for raw materials and components and U.S. trading partners have retaliated, making it harder for American manufacturers to sell their products overseas.