ISA's January Distributor Index posted its second-largest one-month gain of the past year, and its highest reading in 11 months. It's the latest sign of continued recovery in the U.S. industrial products market. 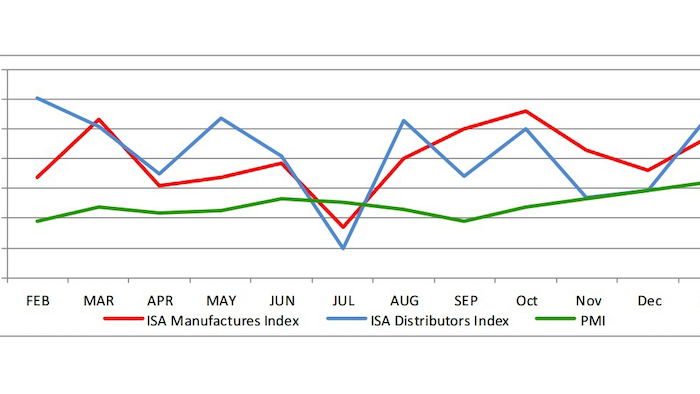 The Industrial Supply Association posted its February Economic Indicator report on Monday, showing a major increase in its Distributor Index and a solid rise in its Manufacturing Index as the Purchasing Managers Index continued to rise.

ISA's Distributors Index had a January reading of 67.2, up a whopping 12.6 points from December. Sequentially, it was the second-largest one-month gain over the past year, and the highest reading in 11 months. Only February's 70.3 was higher over the past year.

ISA's Manufacturing Index checked in at 63.5 in January, up 5.5 points from December, while the PMI rose another 1.3 points in January to 56.0. The PMI — widely regarded as a good indicator of the overall U.S. manufacturing economy — has risen for four straight months since a 12-month low of 49.4 in September.

January's readings indicate rapid expansion for distributors and healthy growth for manufacturers, while the overall manufaacturing economy continues to improve, starting 2017 on a strong note. 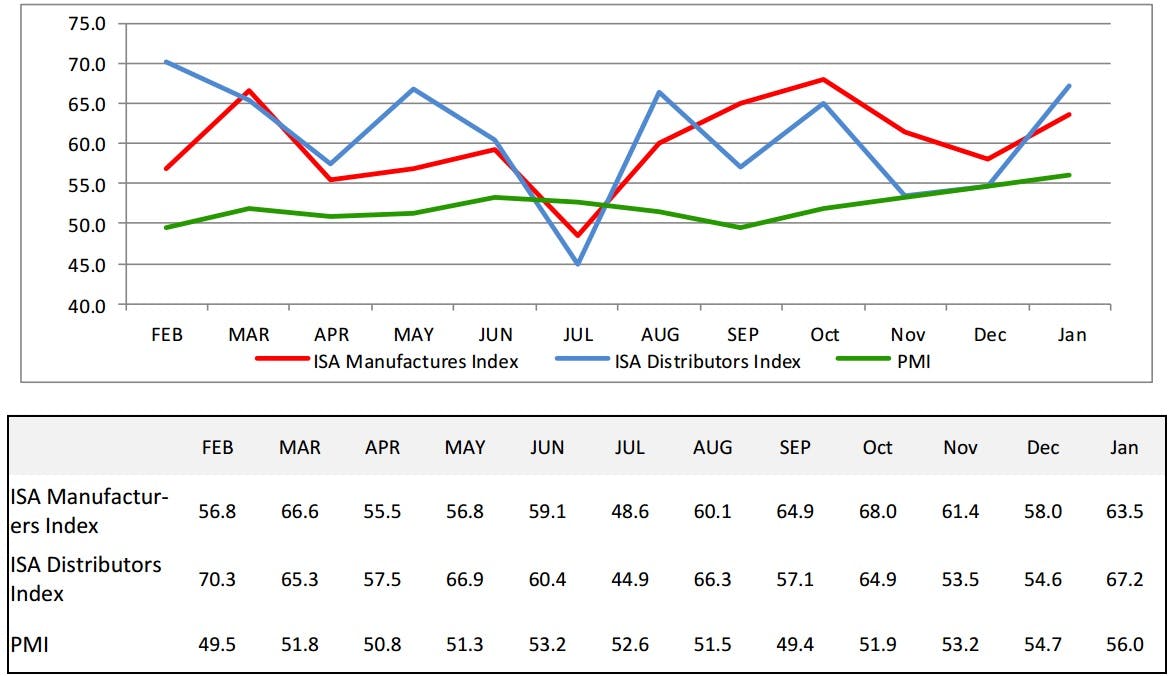