Half-point interest rate hikes, rather than traditional quarter-point increases, “could be appropriate.” 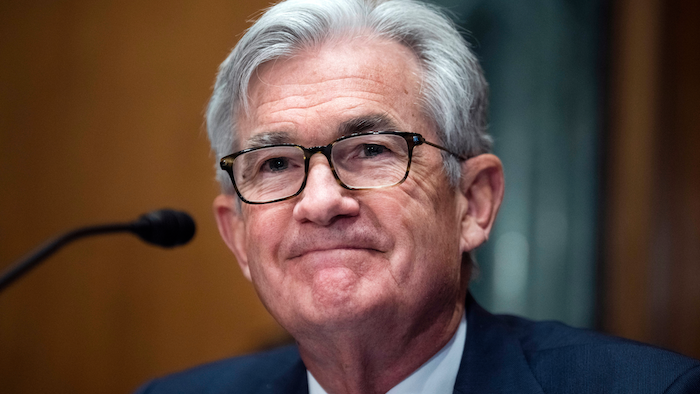 WASHINGTON (AP) — Federal Reserve officials are signaling that they will take an aggressive approach to fighting high inflation in the coming months — actions that will make borrowing sharply more expensive for consumers and businesses and heighten risks to the economy.

In minutes from their March policy meeting, released Wednesday, Fed officials said that half-point interest rate hikes, rather than traditional quarter-point increases, “could be appropriate” multiple times this year.

At last month's meeting, many of the Fed's policymakers favored a half-point increase, the minutes said, but held off then because of the uncertainties created by Russia's invasion of Ukraine. Instead, the Fed raised its key short-term rate by a quarter-point and signaled that it planned to continue raising rates well into next year.

The minutes said the Fed is also moving toward rapidly shrinking its huge $9 trillion stockpile of bonds in the coming months, a move that would contribute to higher borrowing costs. The policymakers said they would likely cut those holdings by about $95 billion a month — nearly double the pace they implemented five years ago, when they last shrank their balance sheet.

The plan to quickly draw down their bond holdings marks the latest move by Fed officials to accelerate their inflation-fighting efforts. Prices are surging at the fastest pace in four decades, and officials have expressed increasing concern about inflation.

The Fed is “increasingly worried” that consumers and businesses will start expecting price surges to persist, Bostjancic added, a trend that can itself prolong high inflation.

Many economists have said they worry the Fed has waited too long to start raising rates and could be forced to respond so aggressively as to trigger a recession. Indeed, economists at Deutsche Bank predict that the economy will tumble into a recession late next year, noting that the Fed, “finding itself now well behind the curve, has given clear signals that it is shifting to a more aggressive tightening mode.”

The stock market sold off when the minutes were released but later rebounded from its worst levels. Still, the S&P 500 index closed down nearly 1% after a sharp drop on Tuesday.

Markets now expect much steeper rate hikes this year than Fed officials had signaled as recently as their meeting in mid-March. At that meeting, the policymakers projected that their benchmark rate would remain below 2% by the end of this year and 2.8% at the end of 2023, up from its current level below 0.5%. But Wall Street now foresees the Fed's rate reaching 2.6% by year's end, with further hikes next year.

Higher Fed rates will, in turn, heighten costs for mortgages, auto loans, credit cards and corporate loans. In this way, the Fed hopes to cool economic growth and rising wages enough to tame high inflation, which has caused hardships for millions of households and poses a severe political threat to President Joe Biden.

Chair Jerome Powell opened the door two weeks ago to increasing rates by as much as a half-point. Lael Brainard, a key member of the Fed's Board of Governors, and other officials have also made clear they envision such sharp increases. Most economists now expect the Fed to raise rates by a half-point at both its May and June meetings.

In a speech Tuesday, Brainard underscored the Fed's increasing aggressiveness by saying its bond holdings will “shrink considerably more rapidly” over “a much shorter period" than the last time it reduced its balance sheet, from 2017-2019. At that time, the balance sheet was about $4.5 trillion. Now, it's twice as large.

After the pandemic hammered the economy two years ago, the Fed bought trillions in Treasury and mortgage bonds, with the goal of lowering longer-term loan rates. It also cut its short-term benchmark rate to near zero.

As a sign of how fast the Fed is reversing course, the last time the Fed bought bonds, there was a three-year gap between when it stopped its purchases, in 2014, and when it began reducing the balance sheet, in 2017. Now, that shift is likely to happen in as few three months or less, with the reduction in the balance sheet likely to be announced as early as May.

Brainard's remarks caused a sharp rise in the rate on the 10-year Treasury note, which influences mortgage rates, business loans and other borrowing costs. On Wednesday, that rate reached 2.6%, up from 2.3% a week earlier and 1.7% a month ago. Average mortgage rates have leapt higher, reaching 4.67% last week, according to mortgage buyer Freddie Mac, the highest since 2018.

Shorter-term bond yields have jumped more, in some cases to above the 10-year yield, a pattern that has often been taken as a sign of an impending recession. Fed officials say, however, that shorter-term bond market trends aren't flashing the same warning signals.

Gennadiy Goldberg, senior U.S. rates strategist at TD Securities, said the narrow gap between longer- and shorter-term bond yields indicates that investors think the economy will slow enough in the next two years to force the Fed to scale back its rate hikes.

To shrink its balance sheet, the Fed will let some of its bonds mature without reinvesting the proceeds. What impact this might have is uncertain. Powell said last month that the reduction in bond holdings would be equivalent to another rate hike. Economists estimate that reducing the balance sheet by $1 trillion a year would be equal to anywhere from one to three additional quarter-point increases in the Fed's benchmark short-term rate each year.

Treasury Secretary Janet Yellen, who preceded Powell as Fed chair, suggested at a congressional hearing Wednesday that Russia's invasion of Ukraine would likely keep escalating inflation in the coming months.