Adjusted for Labor Day, the latest index showed a fourth-straight weekly increase and to a mark in line with that of early March.

Indian River Consulting Group's weekly Distributor Pandemic Index (PRI) showed a fourth-straight improvement for the week of Aug. 31-Sept. 4 and is now essentially back in the range it was in early March before business impacts of COVID-19 set in across North America.

The lastest gain follows modest increases of +1.5, +0.6 and +1.2 in the previous three weeks, respectively — far better than the negative mid-single digits the PRI recorded throughout most of June and July; and negative teens throughout most of April and May.

IRCG partner Mike Emerson noted that even with the newest index's favorable five days vs. four days comparison, one distributor participant saw a year-over-year sales decrease. The other 11 distributors saw increases that ranged from 5 to 70 percent, which adjusted for the additional selling day would equate to a range of -16 percent to +36 percent.

The chart below shows the percent change in sales in 2020 compared with the same week in 2019, unadjusted for additional selling days for the week of July 4 and Labor Day: 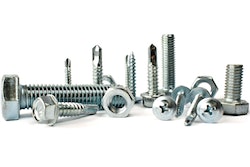