Though still down nearly 25 percent from a year earlier, the numbers are trending toward the positive.

June 2020 US cutting tool consumption totaled $150.6 million, according to the U.S. Cutting Tool Institute (USCTI) and the Association For Manufacturing Technology (AMT). This total, as reported by companies participating in the Cutting Tool Market Report collaboration, was up 10.1 percent from May's $136.8 million and down 24.6 percent when compared with the $199.7 million reported for June 2019. With a year-to-date total of $1 billion, 2020 is down 19.7 percent when compared with June 2019.

These numbers and all data in this report are based on the totals reported by the companies participating in the CTMR program. The totals here represent the majority of the US market for cutting tools.

According to Bret Tayne, President of USCTI, “Consistent with recent reports on other industrial activity, the cutting tool industry rebounded somewhat in June. We still have a long way to go to return to activity levels that preceded the pandemic shutdown, but we appear to be headed in the right direction.”

"The June figures of the Cutting Tool Market Report provide some hope that the worst of the contraction is behind us. With all the challenges that we faced, having a June number that is both a 10% improvement over May and a 5% improvement over April is a good sign. We should also take comfort that some of the initial July indicators show continued growth. The July PMI showed an expansion number of 54.2, the unemployment rate showed a further reduction, and the latest estimate of the Atlanta Fed’s GDPNow is a 20.5% growth.

In this recession, both automotive and commercial aerospace industries, the two largest users of cutting tools, stopped producing for many weeks. In previous recessions, production has never gone down to zero; the implications of this are not yet understood. These industries have supply chains that are international and complex, and it is unclear if their supply chains have fully recovered. In addition to a drop in demand, customers are also talking about seeing significant de-inventorying in the supply chain. It will take several more months for everyone to understand both the shape of the recovery and how these industries adjust to the post- COVID world." 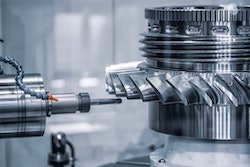