The index shows a sense of stability after a volatile April and May, but it's far from where distributors would prefer. 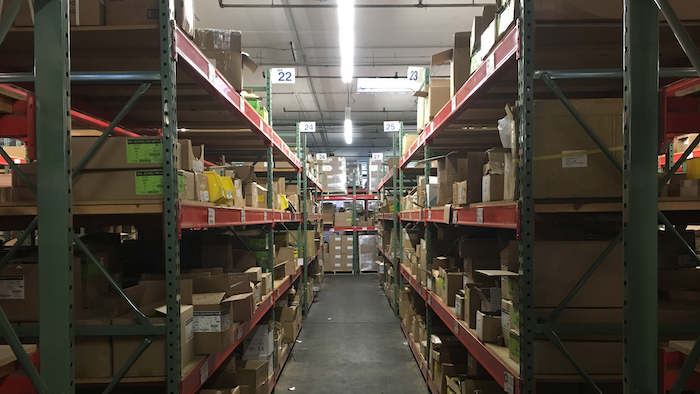 Indian River Consulting Group's Distributor Weekly Pandemic Index (PRI) appears to have steadied, and it's not where distributors want.

This latest PRI showed a modest decline for the week of July 20-24, falling 2.1 percentage points to a reading of -7.6 percent. That means for the 10 distributors surveyed, their average revenue for the week was down 7.6 percent compared to a year earlier.

It was the third straight week the PRI has been in the mid-single digits, and it has held between -11.4 and -5.5 percent for six out of the last seven weeks, with the only aberration being the week of June 29-July 3 that was severely skewed due to the July 4 holiday and spiked to +11.7 percent.

For context, the PRI bottomed out in early April at -30.5 percent and held in the negative mid- to low-single digits through mid-May before beginning its current holding pattern.

IRCG partner Mike Emerson said three PRI participants posted year-over-year gains during the week of July 20-24, with only one posting a decline of greater than 20 percent, which mirrors the past two weeks. However, the specific distributors posting gains and declines were not the same.

"The index has presented an unnerving sense of stability during the month of July, and this is probably what we can expect until COVID-19 is behind us," Emerson commented. "However, we’re closer to going back into lockdown than we were last week, and federal stimulus is still a big question mark. Hopefully, we’re not about the drop off our current plateau."

IRCG would like to increase the sample size for the PRI and is calling on distributors to participate. If you are interested, reach out to Emerson at memerson@ircg.com. 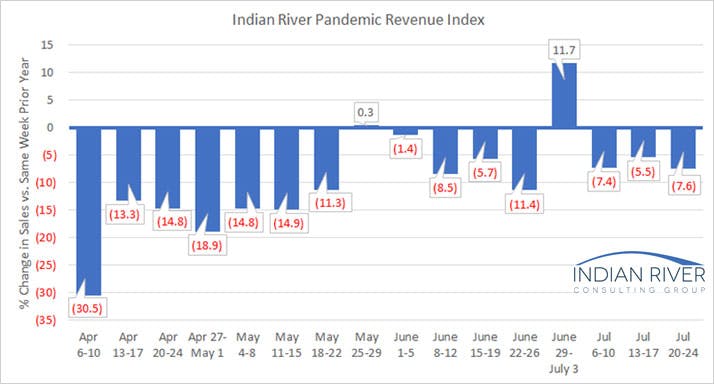