US Housing Construction Jumps 16.9% in December

Housing construction has been rising since July, helped by falling mortgage rates and increased demand amid historically low unemployment. 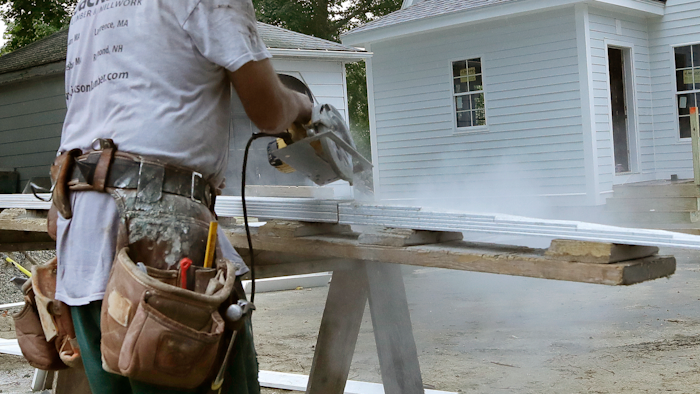 In this Oct. 2, 2019 file photo, a carpenter works on a construction site in North Andover, MA.
AP Photo/Elise Amendola, File

WASHINGTON (AP) — Construction of new homes surged in December to the highest level in 13 years, capping a year in which falling mortgage rates and a strong labor market helped lift the prospects of the housing industry.

The Commerce Department reported Friday that builders started construction on 1.61 million homes at a seasonally adjusted annual rate in December, up 16.9% from the November pace of home building.

Housing construction has been rising since July, helped by falling mortgage rates and increased demand as the unemployment rate approached a half-century low. For the year, builders started work on a total of 1.29 million homes, the best showing since 2007.

The December building rate was the strongest number since December 2006 during the last housing boom.

Applications for building permits, considered a good sign of future activity, fell 3.9% in December to an annual rate of 1.42 million, but remained well above the pace in July.

The 1.29 million units constructed for all of 2019 was up 3.2% from the previous year and was the best showing since 1.36 million homes were built in 2007. As the housing boom was reaching its peak, construction was started on a total of 2.07 million homes in 2005, the highest total for any year in that boom.