Despite the considerable one-month increase, October's total was still down 3.3 percent from a year earlier. 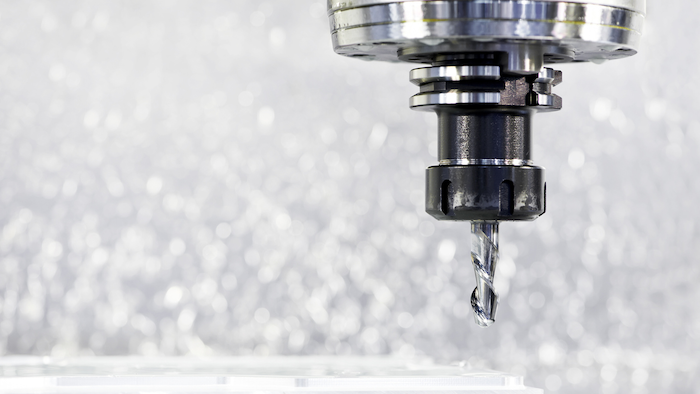 MCLEAN, VA — October 2019 US cutting tool consumption totaled $216.1 million, according to the U.S. Cutting Tool Institute (USCTI) and the Association For Manufacturing Technology (AMT). This total, as reported by companies participating in the Cutting Tool Market Report collaboration, was up 10.2 percent from September's $196 million and down 3.3 percent when compared with the $223.5 million reported for October 2018. With a year-to-date total of $2.1 billion, 2019 is down 0.1 percent when compared with 2018. Please note there were revisions to September 2019.

According to Bret Tayne, President of USCTI, “The modest decline in the cutting tool market that was forecast by IHS and others seems to have come to fruition. However, it is heartening to see that October improved over the prior month. We are also seeing improvement in some other recent indicators, such as the recent manufacturing employment increase in November and some of the Federal Reserve Bank Regional Updates, as well as some anecdotal evidence of a stronger finish to 2019.”

Scott Hazelton, managing director of economics and country risk at IHS Markit, had the following commentary on October's CTMR data: “October’s cutting tool data was an increase over September’s result, but this largely reflects seasonality. October performance has only fallen below September once since 2012 (in 2016). Rather, October was the sixth consecutive month with a year-over-year decline, undoing a strong start to the year and bringing 2019 below 2018 on a cumulative year-to-date basis. This is consistent with PMI results which indicate weakness in manufacturing in general, and with slowing car sales and continuing issues with the Boeing 737. Automotive and aerospace are the two largest demanders of cutting tool products. It is encouraging that October’s decline was the smallest of the past three months, and may indicate that a trough is nearing. Trade frictions appear to be easing, and Boeing is expected to increase production in the first quarter of 2020. It is premature to expect a resumption of growth, but 2020 looks to offer some improvement."

The Cutting Tool Market Report is jointly compiled by AMT and USCTI, two trade associations representing the development, production, and distribution of cutting tool technology and products. It provides a monthly statement on U.S. manufacturers’ consumption of the primary consumable in the manufacturing process – the cutting tool. Analysis of cutting tool consumption is a leading indicator of both upturns and downturns in US manufacturing activity, as it is a true measure of actual production levels.