The exchange echoes how the U.S. and China ratcheted up a tariffs fight in recent months that has bruised businesses around the world and stunted economic growth. 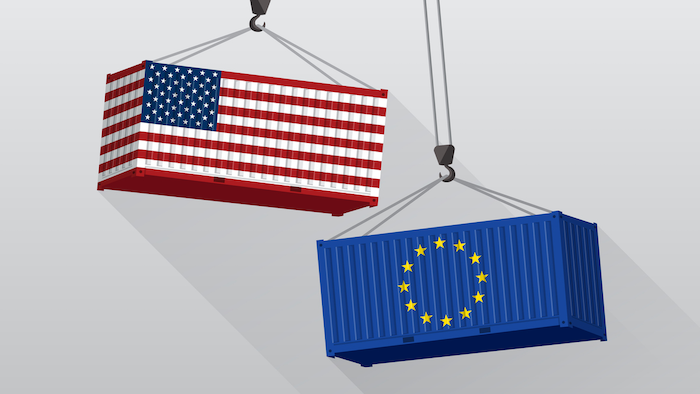 BRUSSELS (AP) — The trade wars threatening to push the global economy into recession are entering a new phase, with the United States and European Union escalating a dispute that endangers the world’s biggest trade relationship.

After the Trump administration slapped steep tariffs on $7.5 billion in EU goods, mainly traditional produce like cheese and wine, the Europeans made clear they would retaliate in kind. Some fear the tariffs could ultimately lead to U.S. taxes on European cars, a big economic blow that Trump has been threatening to deliver for months.

The exchange echoes how the U.S. and China ratcheted up a tariffs fight in recent months that has bruised businesses around the world and stunted economic growth.

“This step triggers fears of a new round of escalation of tariff wars,” said Alex Kuptsikevich, a financial analyst with brokerage FxPro. “The introduction of tariffs and fears of tit-for-tat steps could further suppress business sentiment, which is already at the lowest levels for years.” 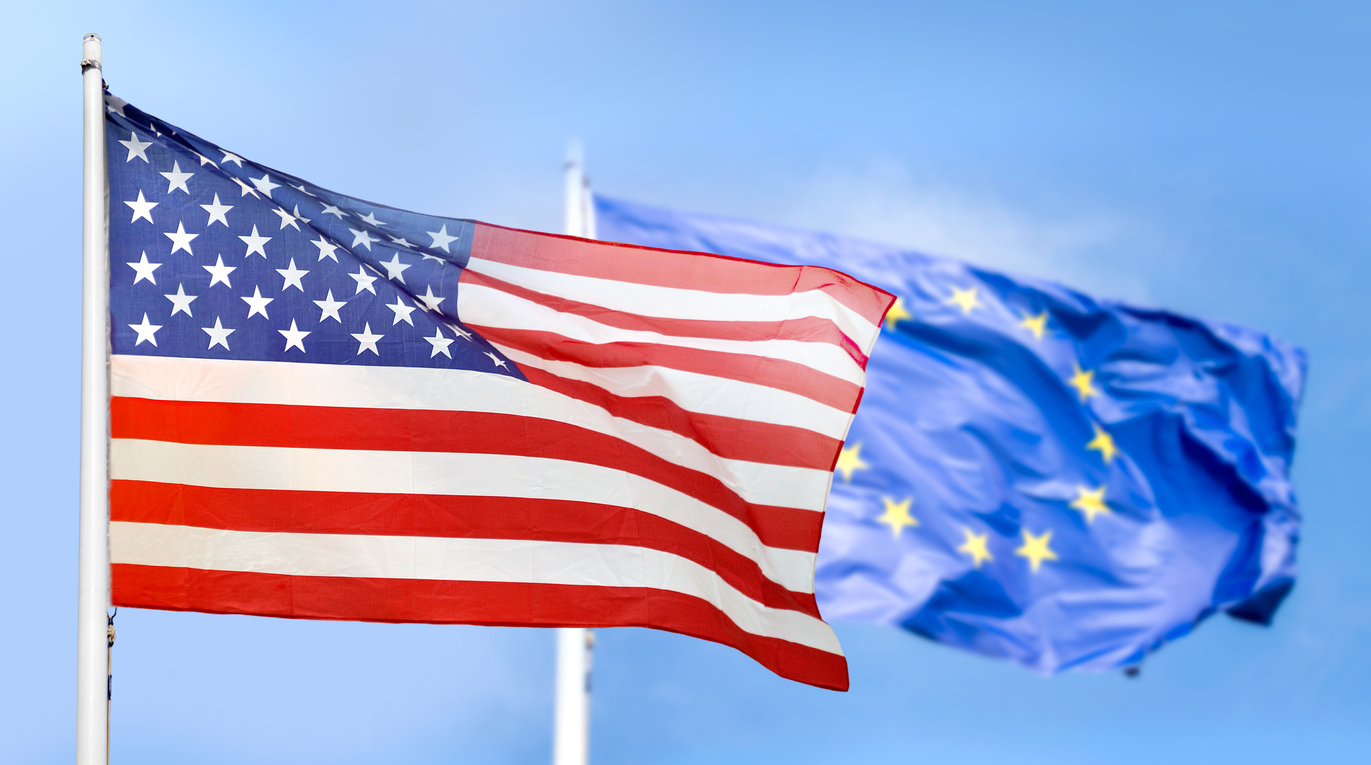 iStockThe Trump administration’s latest tariffs target large aircraft but also many typical European products such as olives, whiskey, wine, cheese and yogurt. They will take effect Oct. 18 and amount to a 10% tax on EU aircraft and steep 25% rate on everything else.

The U.S. got the legal go-ahead Wednesday from the World Trade Organization in a case involving illegal EU subsidies for the plane maker Airbus and which predates the Trump administration.

But the EU is expecting a similar case involving U.S. subsidies for Boeing to go in its favor, with a ruling due in coming months. It has said it hopes the two sides can hold off new tariffs, which economically amount to taxes on domestic importers. Sometimes importers pass on the higher costs to consumers, making goods more expensive.

“If the U.S. imposes countermeasures it will be pushing the EU into a situation where we will have to do the same,” said the European Commission’s spokesman, Daniel Rosario, echoing the dark outlook expressed by many EU governments.

“This is a move that will first and foremost hit U.S. consumers and companies and will make efforts towards a negotiated settlement more complicated,” he said.

A group of American alcohol importers, wholesalers, distributors and others released an open letter this week urging an end to the tariffs. They say tariffs on Scotch whisky, liqueurs and wine would affect nearly $3.4 billion in imports and cost 13,000 U.S. jobs, including truckers and bartenders.

Mindful that the tariffs do not actually come into effect for a couple weeks, Rosario stressed that the EU is still open to talking.

The tariffs come on top of existing ones that the U.S. and EU exchanged last year and multiply the headaches for European businesses fretting over Brexit, which could see Britain leave the EU on Oct. 31 without a deal - meaning new tariffs overnight on the heavy flow of trade across the Channel.

More broadly, the tariffs add to uncertainty for the global economy, which has been hit particularly hard by the U.S.’s wide-ranging dispute with China over trade and technology.

The U.S. and European economies are more closely integrated than the U.S. and China, with companies heavily invested across borders, so the potential damage from an escalation could dwarf the dispute with China.

Total U.S. investment in the EU, for example, is three times higher than in all of Asia. And EU investment in the U.S. is eight times that invested in China and India combined. The two sides account for about half of the world economy.

Rising uncertainty over one of the oldest and biggest economic trade paths would further darken the outlook for exporters and manufacturers, which are already cutting down on investment.

The head of the Spanish Federation of Food and Beverage Industries, Mauricio García de Quevedo, said the new U.S. tariffs will make it harder for the companies he represents to compete internationally. And that will contribute to job losses, he said, without providing detail.

The United States is the Spanish sector’s second biggest food and beverage client after the EU, according to the federation. The sector exported 1.7 billion euros ($1.9 billion) last year.

“Once again, the farming sector is going to pay for an EU trade war which has nothing to do with the Spanish countryside,” Blanco said, according to Europa Press.

The Federation of French wines and spirits exporters also deplored the U.S. decision.

Antoine Leccia, president of the federation, said “we don’t feel at all initially involved in this litigation so we feel we are a bit hostages of these retaliatory measures.”

“We regret that this country, the United States, a country we worked with for many years, a country that increased its wine consumption and French wine imports now adopts such measures,” he added.

In Germany, which has Europe’s largest economy and focuses heavily on exports, the federation of industry said the U.S. was using the WTO ruing to intensify trade disputes.

U.S. President Donald Trump has threatened in the past to impose tariffs on European cars, a huge sector in Germany, and some fear this week’s escalation could lead to that.

Joachim Lang, the head of the Federation of German Industries, said “there is a risk that many industries on both sides of the Atlantic will find themselves in a lose-lose situation.”

The number of November orders fell 12.8 percent from October, but their value was up year-over-year for the first time since January 2019.
Jan 11th, 2021
Follow Us
Most Recent