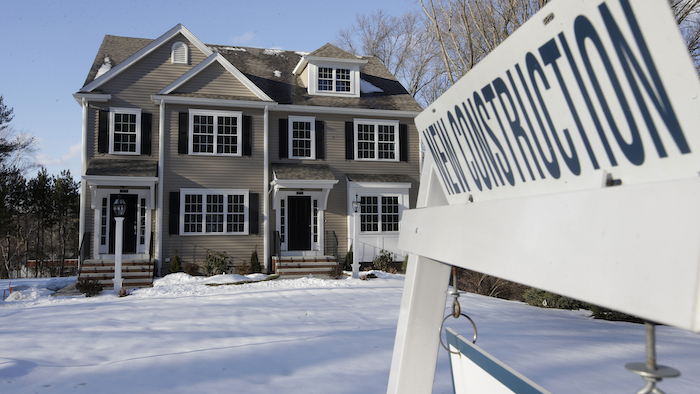 Sales of new U.S. homes increased 4.5 percent in March, the third straight monthly gain as the housing market appears to be cautiously recovering from a mortgage rate spike last year that caused homebuying to slump.

The Commerce Department said Tuesday that new homes sold at a seasonally adjusted annual rate of 692,000 in March, up from 662,000 in February. For the first three months of 2019, new-home sales were 1.7 percent higher than the same period a year ago.

March's sales pace was the strongest since November 2017, a sign that the market for newer properties is building some momentum. New-home sales began to rebound after the average 30-year mortgage rate fell from its recent peak of nearly 5 percent in November 2018.

"Homebuilders continue to indicate encouraging orders and traffic trends, crediting the drop in mortgage rates with re-energizing housing demand," says Stephen Stanley, chief economist at Amherst Pierpont Securities. "The next 2 to 3 months will be critical, as the spring selling season will be a telling test of whether housing demand is truly firming."

Yet the housing market has been uneven in recent months, a sign that years of price gains have hurt affordability and that lower mortgage rates can only remove a degree of the pressure from higher costs. Sales of existing homes—which make up the bulk of purchases—plunged 4.9 percent in March, the National Association of Realtors said Monday.

Price pressures are creating a search for more affordable options.

In this Feb. 21, 2019, file photo a sign is posted near a newly constructed home in Natick, Mass. On Tuesday, April 23, the Commerce Department reports on sales of new homes in March. (AP Photo/Steven Senne, File)