U.S. industrial production fell in April, dragged by a big drop in factory output as production of autos and auto parts continued to slide. 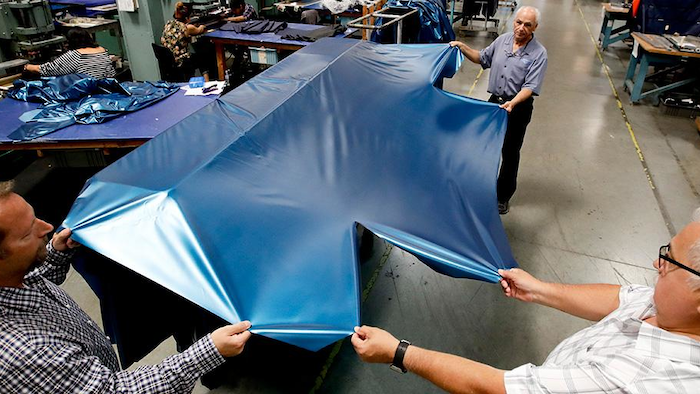 U.S. industrial production fell in April, dragged by a big drop in factory output as production of autos and auto parts continued to slide.

Manufacturing output fell 0.5 percent, led by a 2.6 percent decline in motor vehicles and parts, which has fallen in three of the past four months.

Production at the nation's utilities fell a sharp 3.5 percent. Production at mines, a sector that also covers oil and gas drilling, rose 1.6 percent.

Manufacturing has struggled over the past year, reflecting weakness in auto sales and the global economy and rising trade tensions.

Industry analysts blame the decline in auto sales in the first quarter on rising vehicle prices, competition from an abundant supply of late-model used vehicles and relatively high interest rates.

In addition to falling auto sales, manufacturers have been battered by trade tensions stemming from President Donald Trump's get-tough trade policies, which are aimed at narrowing America's perennial trade deficits. He says they have cost America millions of manufacturing jobs.

In the past week, the United States and China, which had already slapped punitive tariffs on $350 billion worth of each other's goods, moved to impose further penalties after negotiations on a new trade deal between the world's two biggest economies reached an impasse.

The United States is seeking a new trade agreement to combat Beijing's aggressive push to challenge U.S. technological dominance. The increased tariffs have rattled financial markets, although Trump has said he still hopes to achieve a trade deal in coming weeks.

Total industrial production is up just 0.9 percent over the past year. Manufacturers in April operated at just 75.7 percent of capacity, down from 76.2 percent. in March