So far this year, starts have fallen 9.7 percent. 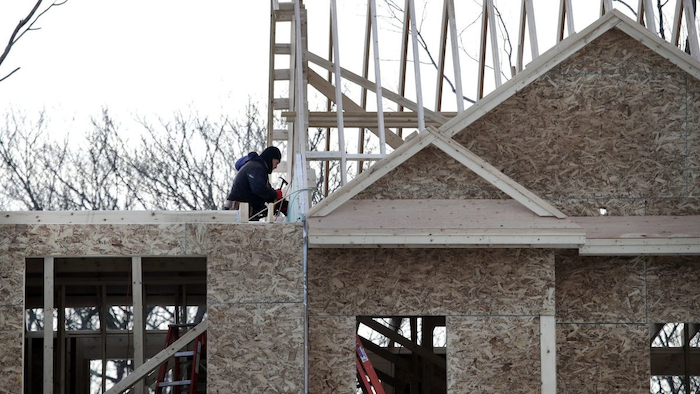 U.S. home construction slipped 0.3 percent in March, as housing starts are running below last year's pace in a sign that inventory could be a challenge for would-be buyers.

The Commerce Department said Friday that ground breakings last month occurred at a seasonally adjusted annual rate of 1.14 million. So far this year, starts have fallen 9.7 percent. Builders are pulling back from their construction of single-family houses and apartments, even though the solid job market has provided a base of demand from buyers seeking an upgrade. Nor does the supply squeeze seem likely to end soon as permits, an indicator of future activity, fell 1.7 percent to an annual rate of 1.27 million.

Homebuyers have benefited from average 30-year mortgage rates that have drifted down to 4.17 percent after peaking at nearly 5 percent in November. But years of price gains eclipsing income growth has left many buyers unable to afford a home, possibly suppressing construction activity.

"Higher home prices have eaten into some of the increased purchasing power driven by lower mortgage rates and higher incomes," says Danielle Hale, chief economist at realtor.com. "As a result, while some indicators show that buyers have more momentum than initially expected this year, affordability is still very top of mind and could help explain slower housing starts."

Housing starts fell last month in the Northeast, Midwest, and South, but they surged in the West. The construction data can be volatile, so the regional levels of homebuilding can change sharply on a monthly basis.

Economists noted that severe weather in the Midwest might have stifled housing starts, but that the underlying challenge for expanding construction might be a lack of workers.

"Homebuilders still face challenges such as labor shortages and high labor costs," says Joel Kan of the Mortgage Bankers Association. "These headwinds continue to slow the pace of construction, and on a year-over-year basis, single-family starts have fallen in five of the last six months."