U.S. industrial production fell in March, pulled down by a drop in mining output. Factory output remained weak amid a slowing global economy and trade tensions with China. 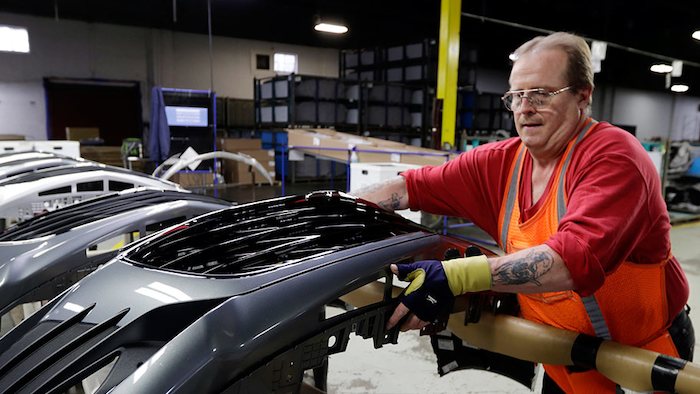 U.S. industrial production fell in March, pulled down by a drop in mining output. Factory output remained weak amid a slowing global economy and trade tensions with China.

The drop occurred amid a deceleration of the U.S. economy as stimulus from last year's tax cuts faded. Growth U.S. economic output slowed to a 2.2 percent annual pace the last three months of 2018 from 3.4 percent in the third quarter and 4.2 percent in the second.

Manufacturing production was flat after dropping in January and February. In the first three months of the year, factory output fell at an annual rate of 1.1 percent. Production of cars, truck and auto parts dropped 2.5 percent in March and 4.5 percent over the past year.

The U.S. and China have slapped tariffs on $350 billion worth of each other's goods in a dispute over Beijing's aggressive push to challenge U.S. technological dominance. President Donald Trump also has imposed import taxes on foreign steel and aluminum and is threatening to do the same for autos.