A possible sign that buyers were waiting out the economic turbulence in January was the decline in sales of homes in which a groundbreaking has yet to occur. 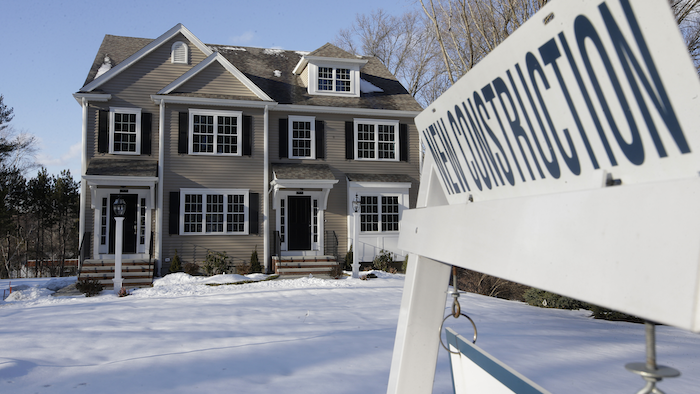 Sales of new U.S. homes slumped 6.9 percent in January, a possible sign that buyers paused during the government shutdown.

The Commerce Department said Thursday that new homes sold at a seasonally adjusted annual rate of 607,000 in January, down from 652,000 in December.

The housing market struggled in 2018 as rising mortgage rates priced many would-be buyers out of the market, but economists expect a rebound this year as mortgage rates have eased and the economy has gotten past the partial government shutdown that started the year.

"The partial federal government shutdown and the harsh winter weather that affected much of the country both weighed on economic activity," said Matthew Speakman, an economist analyst at the real estate company Zillow. "But our bet is that buyers will prove resilient as winter turns to spring, and throw their hats into the ring with the benefits of falling mortgage rates, falling home prices and rising inventory."

A possible sign that buyers were waiting out the economic turbulence in January was the decline in sales of homes in which a groundbreaking has yet to occur.

Sales of unbuilt homes plunged 26.8 percent in January after enjoying a sharp increase in December. The decline in this category accounted for all of the month's decline. Sales increased of homes that were already under construction or completed.

Economists generally expect a sales rebound from 2018, when rising mortgage rates caused sales of existing homes to slide downward for much of the year. But after peaking at nearly 5 percent in 2018, the average 30-year mortgage rate has been hovering around 4.4 percent in recent weeks, according to mortgage buyer Freddie Mac.

New-home sales in January ran slightly below the totals for 2018 and 2017. Buying fell in the Northeast, Midwest and South but rose in the West.

Main image: In this Thursday, Feb. 21, 2019 photo a sign is posted near a newly constructed home in Natick, Mass. On Thursday, March 14, the Commerce Department reports on sales of new homes in January. (AP Photo/Steven Senne)