It's the biggest gain in nine months, as strength in nonresidential construction and government projects offset continued weakness in home construction. 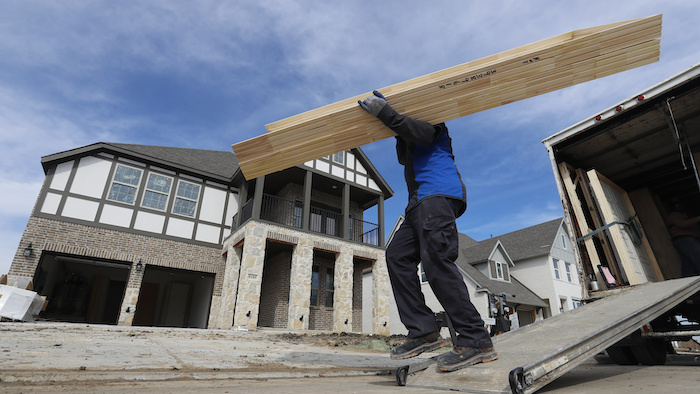 The Commerce Department says that construction spending rose 1.3 percent in January following two months of declines. It was the biggest gain since spending was up 1.7 percent in April. Spending on residential projects fell 0.3 percent in January, the sixth consecutive monthly decline for a sector that was hurt last year by rising mortgage rates and higher home building costs.

Spending on nonresidential construction increased 0.8 percent in January with spending on office buildings, hotels and the category that covers shopping centers all showing gains.

It pushed total public construction spending to a seasonally adjusted annual rate of $313.6 billion, the highest level since September 2010.

The weakness in home construction in January reflected a 0.7 percent fall in spending on single-family homes which was partially offset by a 1.4 percent rise in the smaller apartment sector.

Economists believe growth has slowed further to around 1.5 percent in the current quarter as the U.S. economy feels the effects of a global slowdown.