The December retreat follows a 7 percent slide in November. 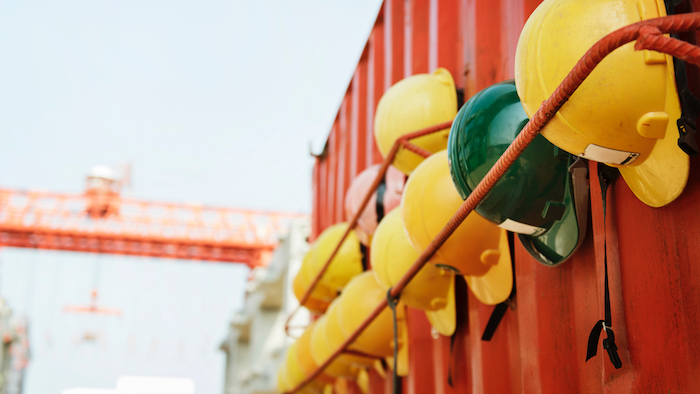 The December downturn reflected diminished activity for each of the three main construction sectors. Nonresidential building dropped 14 percent, as its commercial building segment lost momentum following its heightened November amount. Residential building pulled back 8 percent, due to reduced activity in December for both single family and multifamily housing. Nonbuilding construction decreased 9 percent, with a steep plunge by the electric utility/gas plant category that outweighed a December rebound for public works. 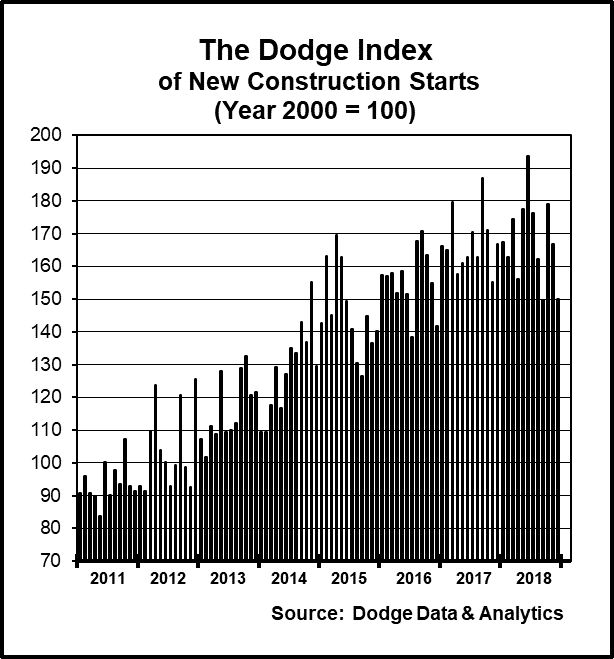 “There were several noteworthy features that stand out in the 2018 construction starts data,” Murray adds. “Last year’s brisk economic expansion enabled market fundamentals for multifamily housing and commercial building to strengthen, which supported more growth for apartment projects, office buildings, and hotels. However, store construction continued to decline, adversely affected by the glut of retail space produced in the previous decade as well as by the greater role now played by e-commerce. Single family housing showed improvement early in 2018, but then plateaued and began to recede given affordability constraints. The institutional building segment showed more growth for educational facilities and witnessed a number of major transportation terminals reach groundbreaking, although not to the same extent as what took place in 2017. Public works construction benefitted from the 2018 omnibus federal appropriations bill passed last March, as well as funding arising from recent state transportation bond measures. Going forward into 2019, economic growth is not expected to be as strong as what occurred during 2018, which may dampen groundbreaking for multifamily housing and commercial building projects. In addition, more growth for public works this year requires that federal appropriations for fiscal 2019 get finalized without much further delay.”

Nonresidential building in December was $242.8 billion (annual rate), down 14 percent from the previous month. The commercial building categories as a group fell 27 percent after registering a 15 percent increase in November that featured the start of the $1.5 billion Manchester Pacific Gateway mixed-use complex in San Diego CA with hotel, office, retail, museum, and garage space. Office construction in December dropped 34 percent, following its November amount that included the start of a $750 million Facebook data center in Covington GA, the $544 million office portion of the Manchester Pacific Gateway complex, and a $530 million California state government office building in Sacramento.

Hotel construction experienced an even larger percentage decline in December, plunging 41 percent, after being lifted in November by the $643 million hotel portion of the Manchester Pacific Gateway complex and the $241 million Omni Hotel in Oklahoma City. The largest hotel projects that were entered as December construction starts were the $168 million Joseph Nashville Hotel in Nashville and the $83 million hotel portion of a $170 million hotel/multifamily mixed-use building in Austin, Texas.

Store construction was the one commercial project type that registered a December gain, rising 32 percent with the help of the $52 million Edens Collection shopping mall in Chicago. The manufacturing plant category slipped 2 percent in December, with the largest project entered as a construction start being a $117 million bioenergy plant in Rialto, California.