Germany's economic growth slowed in 2018 to the weakest rate in five years, adding to worries about a global downturn and the impact of trade conflicts. 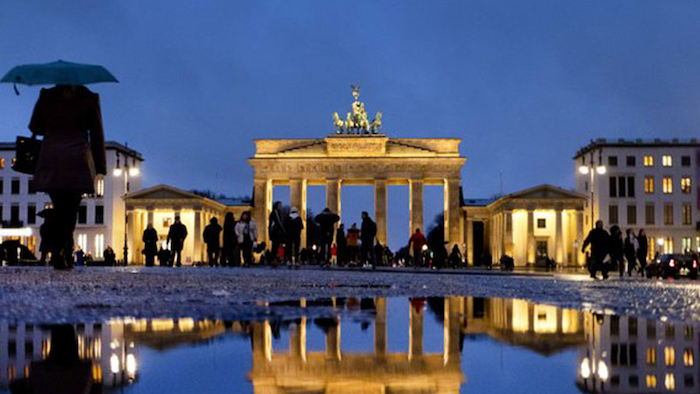 Germany's economic growth slowed in 2018 to the weakest rate in five years, adding to worries about a global downturn and the impact of trade conflicts.

But government statistics officials, who reported that growth eased to 1.5 percent from 2.2 percent in 2017, said Europe's dominant economy at least escaped a feared recession in the fourth quarter.

Growth in traditionally export-oriented Germany was supported by rising spending at home by consumers and by the government, the agency said. Unemployment remains low at 3.3 percent and the economy has grown for nine straight years, cushioning the blow from weaker global trade.

The slowdown in Germany has fed fears about the 19-country euro currency union, which in addition to concerns about trade also faces a possibly messy departure by Britain from the European Union. While the U.S. and Europe have imposed some tariffs on each other, the bigger trade war between the U.S. and China has weighed on business confidence globally and hurt some of the big European companies that do business in those countries.

China is Germany's largest trade partner, measured in terms of trade turnover. It is also the world's largest car market and supplies much of the profits for Germany's auto industry, led by Daimler, Volkswagen and BMW.

The European Central Bank has indicated that if the economy worsens it could postpone a first interest rate increase beyond the earliest possible date in the fall of 2019. Some recent market indicators have shown that investors assume rates would stay at current record lows through late 2020.

Worsening economic data had raised fears that Germany may have turned in another quarter of contraction in the fourth quarter, for which figures will be reported Feb. 14. German output fell in the third quarter by 0.2 percent, though the dip was attributed to temporary factors such as bottlenecks registering cars under new emissions testing rules. Two straight quarters of falling output is one definition of a recession.