Year-to-year overall numbers were up 22 percent through the first 11 months of 2018. 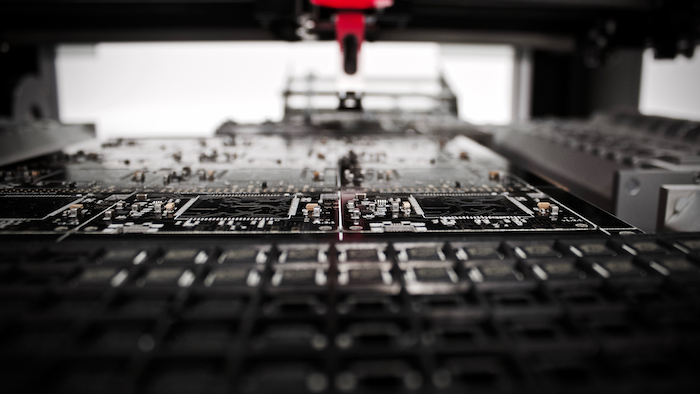 Manufacturing technology orders were $458 million in November, down 2 percent from October levels and up 7 percent from November 2017 numbers. October through December orders levels are running significantly higher than the fourth quarter of 2017 but not at the frenetic pace set by third-quarter 2018 order values. The $5 billion year-to-date sum is up an impressive 22 percent from the same 11 months in 2017.

“Orders in the third quarter were amazing, and no one expected that pace to continue into the last three months of 2018,” says AMT President Doug Woods. “The single-digit October and November year-over-year growth rates are a harbinger of what we’ll see in early 2019, but our members are confident growth will continue as the aerospace industry ramps up to reduce order backlogs; medical equipment demand grows with the graying of North America; and the auto sector drives capex investment deeper into the supply chain.”

The strength in November orders was the product of two sectors — contract machining and industrial machinery. October and November levels in the aerospace and automotive industries provided a strong base for order levels in both months but jumps in demand for manufacturing technology in the contract machining and industrial machinery industries accounted for a significant portion of the year-over-year growth in total orders. November industrial machinery orders were a third larger than October. Forging and stamping also had a good November, up 25 percent in November after a 75 percent increase from September to October.

Geographically, the North East, West and North Central East showed strengthening markets during November. The North Central East growth in orders during November was led by stronger auto and aerospace orders, bucking the national trend in these two sectors. Improvement in the West region was driven by several large orders in the consumer electronics industry. The North East saw the largest month-to-month gain for a region due to a strong pick- up in orders from the contract machining sector and growth in the aerospace sector counter to the national trend in aerospace.

Most of the key indicators are very strong. Consumer confidence moved upwards to 98.3 in December from 97.5 in November, and the sales indices available were stable, including light vehicle sales which posted sales at a 17.4 million units-per-year pace for November. The Institute for Supply Management’s Purchasing Managers’ Index slipped five points from November to December but is still in the expansion range for manufacturing. Several other leading indicators used to gauge the health and direction of the manufacturing technology market are unavailable due to the U.S. government shut down.