The U.S. economy expanded at a solid 3.5 percent annual rate in the July-September quarter, led by lower but still strong consumer spending and more business investment than previously estimated. 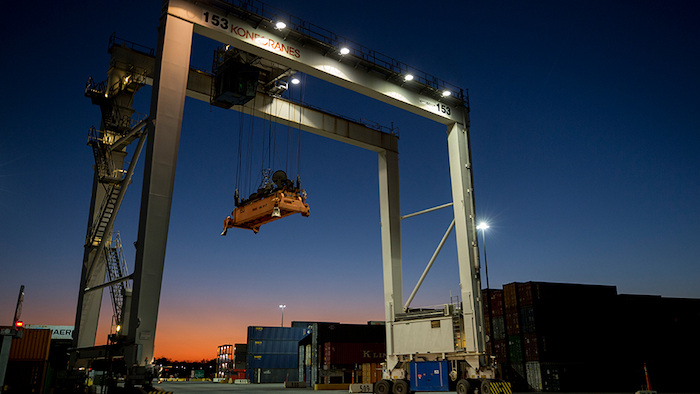 WASHINGTON — The U.S. economy expanded at a solid 3.5 percent annual rate in the July-September quarter, led by lower but still strong consumer spending and more business investment than previously estimated.

The Commerce Department's figure for gross domestic product, released Wednesday, was the same as its first estimate last month. GDP is the broadest measure of the nation's output of goods and services and covers everything from homebuilding to haircuts. Greater corporate investment offset downward revisions in spending by state and local governments and consumers.

The third quarter figure follows a robust expansion of 4.2 percent in the April-June quarter. Six months of healthy growth have put the U.S. economy on track to expand in 2018 at its fastest pace in 13 years. Still, economists forecast that growth will slow in the fourth quarter and decelerate further next year.

Borrowing costs are headed higher as the Federal Reserve raises short-term interest rates. That has lifted mortgage rates and weighed on home and auto sales. The Trump administration's trade fights have also raised uncertainty for many companies and may cause them to delay investments. And the boost to consumer spending from last year's tax cuts is likely to fade by next year.

Even so, growth is on pace to top 3 percent this year for the first time since 2005. Consumer confidence is near 18-year highs, and the unemployment rate is at a nearly five-decade low of 3.7 percent.

Consumers lifted their spending 3.6 percent at an annual rate in the third quarter, a solid pace but down from the government's first estimate of 4 percent. State and local governments spent just 2 percent, down from the previous estimate of 3.2 percent.

Those declines were offset by greater business investment: Companies spent more on equipment and did not cut back nearly as much on their spending on buildings as initially estimated.

Businesses also spent more to stockpile goods on store shelves and in warehouses. That inventory building may partly reflect efforts to import more goods before January, when U.S. tariffs on $200 billion of imports from China are expected to jump to 25 percent, from 10 percent.