China Puts off Licenses for U.S. Companies Amid Tariff Battle

China on Monday promised retaliation if U.S. President Donald Trump escalates their tariff battle, raising the risk Beijing might target operations of American companies as it runs out of imports for penalties. 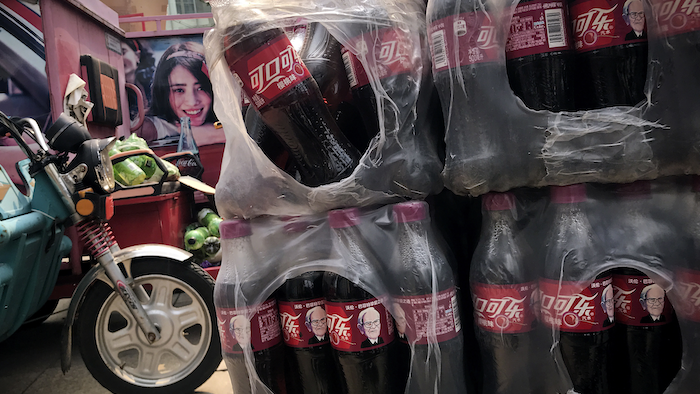 BEIJING — Amid a worsening tariff battle, China is putting off accepting license applications from American companies in financial services and other industries until Washington makes progress toward a settlement, an official of a business group said Tuesday.

The disclosure is the first public confirmation of U.S. companies' fears that their operations in China or access to its markets might be disrupted by the battle over Beijing's technology policy. China is running out of American imports for penalties in response to U.S. President Donald Trump's tariff hikes, which has prompted worries that Chinese regulators might target operations of U.S. companies.

The license delay applies to industries Beijing has promised to open to foreign competitors, according to Jacob Parker, vice president for China operations of the U.S.-China Business Council. The group represents some 200 American companies that do business with China.

In meetings over the past three weeks, Cabinet-level officials told USCBC representatives they are putting off accepting applications "until the trajectory of the U.S.-China relationship improves and stabilizes," Parker said.

"There seem to be domestic political pressures that are working against the perception of U.S. companies receiving benefits" during the dispute, Parker said.

As for what improvement might entail, Parker said Chinese officials want an end to Trump's tariff hikes and a negotiated settlement. He declined to identify the officials but, in a sign Beijing wants foreign companies to help lobby Washington, said the meetings represented "unprecedented access" for his group.

Beijing matched Trump's earlier tariff increase on $50 billion of imports but is running out of American goods for retaliation due to their lopsided trade balance. China bought American goods worth about $1 for every $3 of goods it exported to the United States.

Trump is poised to decide whether to raise duties on $200 billion of Chinese goods. Beijing has issued a $60 billion list of goods for retaliation.

A foreign ministry spokesman, Geng Shuang, said Monday that China will "definitely take countermeasures" if the tariff hike goes ahead.

Economists have warned Beijing might target service industries such as engineering or logistics, in which the United States runs a trade surplus with China.

Chinese commentators have suggested Beijing might use its multitrillion-dollar holdings of U.S. government debt as a weapon, though that would impose costs on China. State-controlled media have encouraged boycotts of Japanese and South Korean products in past disputes with those governments.

The government said in June it would impose unspecified "comprehensive measures" if necessary. That left U.S. companies on edge about whether Beijing will use its heavily regulated economy to disrupt their operations by withholding licenses or launching tax, anti-monopoly or other investigations.

Chinese leaders reject Trump's demand to roll back official industry plans such as "Made in China 2025," which calls for state-led creation of global champions in robotics, artificial intelligence and other technologies.

Washington, Europe and other trading partners say those plans violate Beijing's market-opening commitments. But Communist leaders see them as a path to prosperity and global influence.

Chinese negotiators agreed in May to narrow their multibillion-dollar trade surplus with the United States by purchasing more American soybeans and other products. Beijing scrapped that deal after Trump's first tariff increase went ahead July 6.

In addition to rolling back industry plans, the Trump administration wants Beijing to reduce the privileges of state-owned companies and eliminate requirements for foreign companies to hand over technology to Chinese partners.

In their meetings with the USCBC, Chinese officials expressed willingness to buy more American exports but "showed no appetite at all" to talk about industry reform, technology policy or other U.S. priorities, Parker said.

"I don't consider that to be very positive for any kind of negotiated outcome in the short term or medium term," he said.

Chinese regulators have shown their willingness to attack foreign companies in disputes with other governments.

Last year, Beijing destroyed South Korean retailer Lotte's business in China after it sold a golf course in South Korea to the country's government for construction of a missile defense system opposed by Chinese leaders.

Beijing closed most of Lotte's 99 supermarkets and other outlets in China. Seoul and Beijing later mended relations, but Lotte gave up and sold its China operations.