Orders for long-lasting U.S. factory goods rose in June after declining for two months, a sign manufacturing is still growing despite a series of global trade disputes. 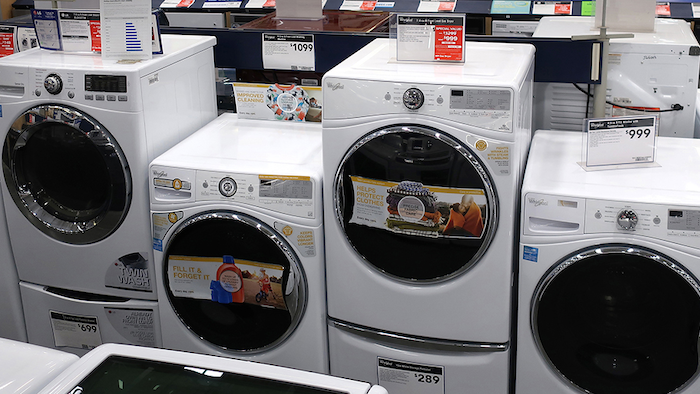 WASHINGTON (AP) — Orders for long-lasting U.S. factory goods rose in June after declining for two months, a sign manufacturing is still growing despite a series of global trade disputes.

Demand for metals, such as steel and aluminum, fell 0.4 percent, the second straight drop. Prices for the two metals have risen sharply since the Trump administration placed duties on them this spring.

But orders for most other goods remained healthy, evidence that U.S. trade fights with China, the European Union, Canada and Mexico have yet to significantly restrain manufacturing growth.

A category of orders that tracks business investment spending rose 0.6 percent in June, following a 0.7 percent increase in the previous month. May's figure was revised higher from an initial estimate of a 0.2 percent decline.

Auto orders jumped 4.4 percent, the most in three years. That increase reversed a sharp drop in the previous month that occurred because of a fire at an auto parts plant. It may also have partly stemmed from efforts by auto companies to build up their inventories ahead of the potential implementation of large U.S. duties on imported cars and car parts.

Yet those auto duties appeared less likely after President Donald Trump took a step back Wednesday from his global trade fight after meeting with European Commission President Jean-Claude Juncker. The two leaders agreed to put new tariffs on hold while they negotiated a broader trade deal that could include the removal of steel and aluminum tariffs from European imports.

The Trump administration may still impose the duties later this year on auto imports from Canada, Mexico, Japan and other nations. The Commerce Department is investigating whether imported cars and trucks are a threat to national security.

The healthy increase in durable goods orders points to robust growth in the April-June quarter. Most economists forecast the economy expanded at an annual rate of roughly 4.5 percent, with some projecting growth as strong as 5 percent.

Still, a few economists lowered their forecasts on Thursday, because the durable goods report showed a slight decline in stockpiled goods. And preliminary estimates of the trade deficit suggested Americans bought more imported goods in the second quarter, rather than domestically-produced items.

Economists at JPMorgan Chase cut their forecast for the second quarter to 3.9 percent, from 4.4 percent.

Analysts say the growth spurt will likely prove temporary, fueled in part by a jump in exports to get ahead of retaliatory tariffs imposed on U.S. goods by other countries. The economy is expected to expand just 2.5 percent to 3 percent in the third quarter.

Separately, the number of people seeking unemployment aid rose 9,000 to a seasonally adjusted 217,000 last week. The increase came after applications fell in the previous week to the lowest level since 1969, a sign that companies are holding onto their staffs and laying off few workers.