Canadian Manufacturing Sales Down 1.3% In April

Canadian manufacturing sales fell in April after two straight months of increases, with sales down in 10 of 21 industries. 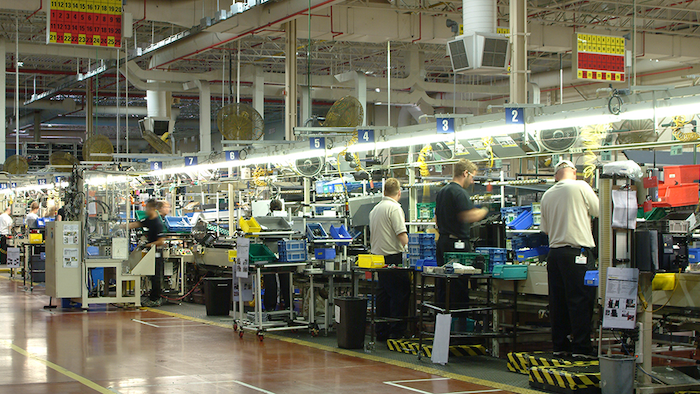 Sales were down in 10 of 21 industries, representing 49.6 percent of the manufacturing sector. Sales in the petroleum and coal products and transportation equipment industries accounted for much of the decrease in April. Excluding these two industries, manufacturing sales rose 0.4 percent.

In April, sales in the petroleum and coal products industry fell 10.9 percent to $5.2 billion, a third consecutive monthly decline. The decrease in April was entirely due to lower sales volumes, as prices for the industry rose 4.5 percent, according to the Industrial Product Price Index. Partial shutdowns at a number of Canadian refineries for maintenance work during the month were a major contributor to the decline in volumes sold (-13.2 percent).

In April, sales were up in 11 industries, with the largest increases in the primary metal manufacturing (+3.8 percent) and food products (+1.9 percent) industries.

Sales down in six provinces

In April, sales were down in six provinces, led by Quebec and Alberta.

Following two months of increases, sales in Quebec fell 3.4 percent to $13.3 billion, mostly as a result of lower sales of petroleum and coal products. Decreases in the aerospace product and parts industry and the machinery industry also contributed to the provincial decline.

In Alberta, sales were down 5.3 percent, following a 0.5 percent increase in March. The decline was largely attributable to a 20.5 percent decrease in sales of petroleum and coal products, which resulted in part from partial shutdowns for maintenance work at some of the province's refineries.

In April, unfilled orders increased 1.3 percent to $90.0 billion, a third consecutive monthly increase. Most of the gain came from a 1.8 percent increase in the aerospace product and parts industry. Unfilled orders were also up in the fabricated metal products industry.

New orders fell 1.6 percent to $57.4 billion in April. This decline was mainly the result of lower new orders in the petroleum and coal products and in the aerospace product and parts industries.