US Economic Growth Slowed To 2.3 Percent Pace In Q1

The U.S. economy slowed to a moderate 2.3 percent annual growth rate in the first quarter as consumer spending turned in the weakest performance in nearly five years. 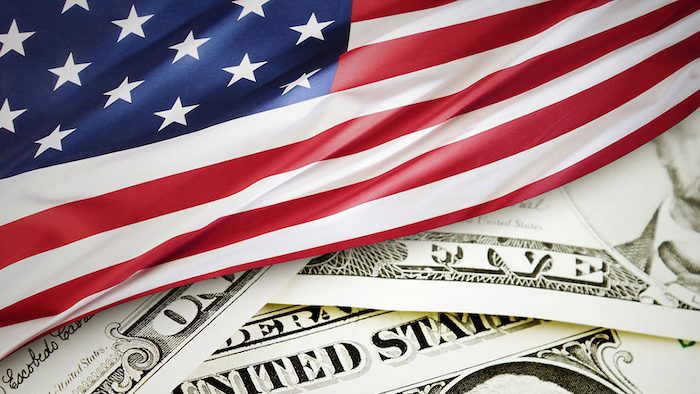 WASHINGTON (AP) — The U.S. economy slowed to a moderate 2.3 percent annual growth rate in the first quarter as consumer spending turned in the weakest performance in nearly five years. Still, the January-March increase came in better than expected, supporting hopes for a solid rebound for the rest of the year.

The Commerce Department reported Friday that the gain in the gross domestic product, the economy's total output of goods and services, followed a 2.9 percent rise in the fourth quarter and gains above 3 percent in the previous two quarters.

Many economists had forecast that growth would slip below 2 percent in the first quarter, reflecting a big pullback by consumers after a torrid pace of spending in the fourth quarter. Recent history has shown a pattern of weakness in the first quarter, reflecting in part seasonal data quirks. Analysts expect growth to surpass 3 percent in the current quarter.

Consumer spending, which accounts for 70 percent of economic activity, decelerated sharply from a 4 percent growth rate in the fourth quarter to a 1.1 percent pace in the first quarter. That was offset somewhat by gains in inventory building by businesses and a lower trade deficit.

Analysts viewed the first quarter slowdown as temporary, with consumers expected to boost their spending amid a low unemployment rate and the initial impact of the $1.5 trillion in tax cuts that Congress approved in December.

Over the past four quarters, GDP growth has averaged 2.9 percent, just below the 3 percent projection the Trump administration used in its budget for next year.

A separate report Friday found that U.S. private sector workers saw their wages go up 1 percent in the first quarter, the biggest quarterly gain in 11 years, a sign that the tight job market is beginning to lift wages.

Republicans who supported the administration's successful push to win passage of major tax cuts in December said the reports on wages and GDP growth were indications that the tax cuts and other parts of the Trump economic program were beginning to have an impact.

Rep. Erik Paulson, R-Minnesota and chairman of the Joint Economic Committee, said that Americans are better off today than 16 months ago "thanks to tax reform and pro-growth policies."

President Donald Trump, in a joint news conference Friday with German Chancellor Angela Merkel, emphasized another part of his economic program — lowering U.S. trade deficits with other major countries. Trump said he had discussed with Merkel the trade deficit the United States runs with Germany and other European countries and both leaders had agreed "we want to make it more fair."

While the administration expects the economy to grow at rates of 3 percent for the rest of this decade, private analysts are less optimistic. They say that growth will be bolstered by the tax cuts and increased government spending for this year and next year. But then they expect growth levels to return to the lackluster rates of around 2 percent as the boost from fiscal stimulus wears off and the economy starts to feel the adverse effects of rising interest rates.

The Federal Reserve is expected to keep lifting its key interest rate to prevent unwanted inflation, and big federal budget deficits are likely to push up government borrowing costs.

"Growth rates around 3 percent are not sustainable but for the next couple of years all the government stimulus is going to provide a lot of economic juice," said Mark Zandi, chief economist at Moody's Analytics.

The Trump administration disagrees, believing that its program of corporate and individual tax cuts, regulatory reform and tougher enforcement of trade laws will lift the economy to sustained levels of higher economic growth. Private economists, however, are worried that these efforts will run up against weak growth in the labor force as many baby boomers retire and lackluster gains in productivity.

Since the end of the Great Recession in mid-2009, the economy has turned in modest quarterly growth rates averaging just 2.2 percent, the weakest expansion in the post-World War II period. The slow pace has helped extend the life of the current expansion, now the second longest in U.S. history. If it lasts through June of 2019, it will become the longest expansion in history, surpassing the 10-year recovery of the 1990s.

Friday's report is the government's first of three estimates of first-quarter GDP.

Government spending grew at a 1.2 percent rate, down from a gain of 3 percent in the fourth quarter, as spending by state and local governments slowed.

Housing construction, which had surged in the fourth quarter after two quarters of declines, was flat in the first three months of this year.